Cats of San Bernardino shared the story of Shiva, a severely injured kitten they rescued in early February 2021.

The founders, Jaina and Ivy, started the rescue when they found a large feral cat population and a need for TNR efforts after moving to San Bernardino in 2017. Ever since then, the couple has been saving struggling cats like Shiva in their converted home. As part of their efforts, they help multiple feral colonies in the area.

Often, they save feral cats from the direst of circumstances, and Shiva is one such example. Images and media via Instagram/catsofsanbernardino

Shiva the Kitten and His Siblings

When the rescuers found Shiva, he and his two siblings, Shakira and Piqué, were surviving in a feral colony. In this case, all were relatively friendly. After trapping the healthy kittens at one time, they focused on rescuing their injured brother.

“Little injured buddy took a bit longer but eventually was too hungry to resist. Upon getting him home, we found that he most likely survived a very tragic animal attack,” they posted. “He has scarring down the entire side of body, and a paw that will most likely need to be amputated,” they said.

After saving the kittens, they would return to begin TNR (trap, neuter, release) efforts in the colony. Back at home, adorable Shakira and Piqué were much better off than Shiva and would soon be ready for adoption after foster care. 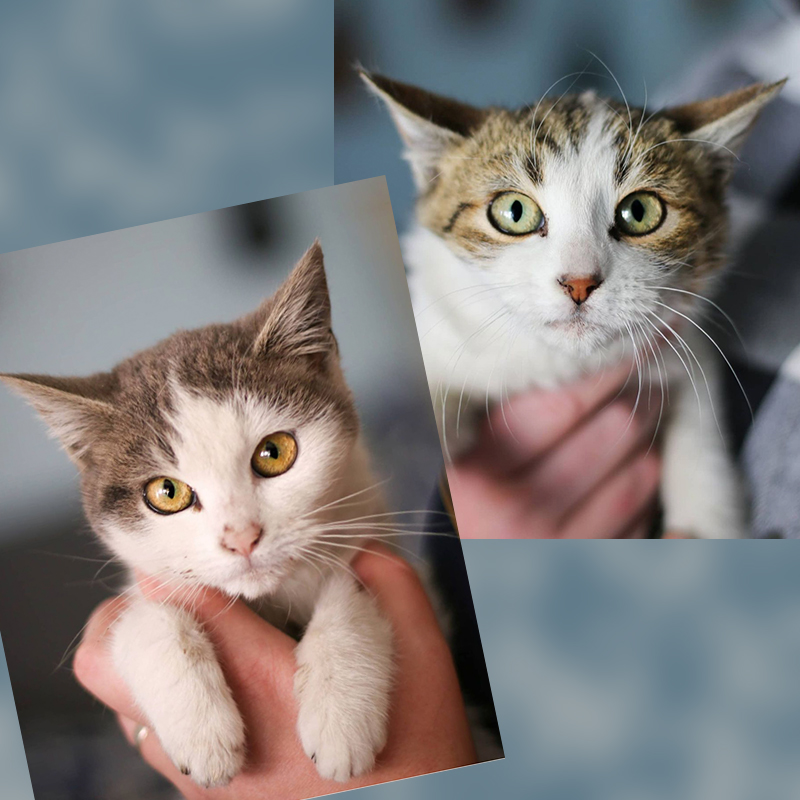 Shiva Was Trying to Survive with a Badly Broken Leg

Living on the street, Shiva was struggling due to a badly injured front leg. As he hobbled along, he tried his best to keep the arm off the ground. Fortunately for him, the rescuers found and were able to safely trap him. As you will see next, he made a remarkable transformation.

“If you missed it, we rescued Shiva earlier this year. He was severely injured and living out on the street, fighting to survive,” they posted to Instagram. “We rescued him and his siblings and got him immediate help.”

Once Shiva arrived at the vet, the rescuers learned that the injured leg required amputation. After surgery, he needed daily medication and treatment. Thanks to another rescuer, he wore a custom “one-legged little man sweater” to help protect the incision.

“Shiva thinks he’s a little human baby,” they said as they held the cat wrapped in a blanket. All things considered, the kitten adjusted fast because he had been avoiding putting weight on the leg for a long time anyways. Unfortunately, it had healed in the wrong position after two breaks.

“Shiva had a broken front arm that had healed incorrectly and needed amputation 💔. Big guy was such a trooper; he had been living in pain with his broken arm for so long that he didn’t even have to adjust to being a tripod. He healed so fast!”

After Shiva’s recovery, he found the perfect home with another rescue named Helios, also saved by Cats of San Bernardino. Soon after arriving at his forever home, Shiva became best friends with the blind black cat. Today, they are living “our best cat lives ruling over our humans,” including cat dad and artist Brad Crawford. In this home, they get to go outside to a play area catio with their own unicorn. On occasion, they get a visit from their “Aunties,” Jaina and Ivy.