Can Cats Sense Spirits And Ghosts?

17th century English clergyman Thomas Fuller once said one of the most famous quotes that we know today. “Seeing is believing, but feeling is the truth.” Many of us only remember the first part of that quote, as the latter is typically not included. Obviously, a person who doesn’t believe in ghosts or spirits would never think if a cat could actually sense or see them. But for a person who does, then it’s highly likely for one to think that cats can sense spirits and ghosts.

Cole and Marmalade know a thing or two about “Purranormal Cativity”…

Remember, those kitty senses are far superior to ours…

Your cat’s twitchy whiskers and adorable ears allow them to sense and hear things in which we never could. A cat’s hearing is 5x superior to ours, and those whiskers of theirs are deeply embedded into their face which allows them to detect even the slightest of movements. A draft in the room or a chill in the air might go completely undetected by us humans, but not to your feline friend.

And their vision? It’s been proven that cats can’t see in total darkness, but they can, however, see in low lighting thanks to their eye structure. Scientists have proven that our feline friends are “sensitive to and can perceive UV light.”(As can dogs.) So, basically that means when your cat appears to be reacting to nothing, they’re actually reacting to something in which you don’t have the ability to see—particularly in low lighting.

The tiny slits and pockets on your cat’s ears give them the ability to pick up even the slightest sound. And the shape of their ears makes those sounds come in magnified—which clearly explains why cats are so easily startled by loud sounds. Or, better yet, fascinated by the tiniest sound…especially one that an unsuspecting human like us doesn’t have the ability to hear.

Cole and Marmalade, or Stranger Felines? You be the judge…

What are some signs that cats can sense spirits and ghosts?

Time and time again, cats do incredible things that astound us. Cats have predicted cancer in their humans, cats have interpreted dangers and spared their humans’ lives, and one cat even served as an angel of death at a nursing home. Oscar the Hospice Cat was responsible for predicting the death of over 60 patients who crossed over to the other side.

Again, if you don’t believe in ghosts or spirits, then you won’t believe the countless stories I’ve heard from cat owners about the strange and unexplainable things that have happened to them. I’ve also heard an old wives tale that if a cat will live comfortably inside your home that this is a telltale sign that the spirits inside your home are good spirits and mean no harm.

Here’s an example for you below, for instance… There are a few “signs” that paranormal experts believe to be true when it comes to determining when a cat senses or sees something supernatural: Here’s an interesting share from one Reddit user when asked if she’s ever seen a ghost or sensed a spirit before. According to her, cats can even be spirits themselves…

Our last house had a ghost cat in it. We have two (live) cats, a black one who is old and can’t jump on anything higher than the couch, and a crazy white cat.

I’d often be working around the house and “see” our black cat at my feet, reach down to pet him and he wasn’t there. After a quick search I’d find him in an entirely different part of the house having a snooze.

For the longest time, I just assumed it was my eyes playing tricks on me.

Then one time I was at the kitchen sink, doing dishes, and in my peripheral vision, I see our black cat jump up onto the counter beside me. I even heard the muffled thump when he landed on the counter top and felt a bump on my arm as he headbutted me. He hadn’t been able to jump that high in a couple years so of course I turned to fully look at him and…nothing. No cat, empty counter. 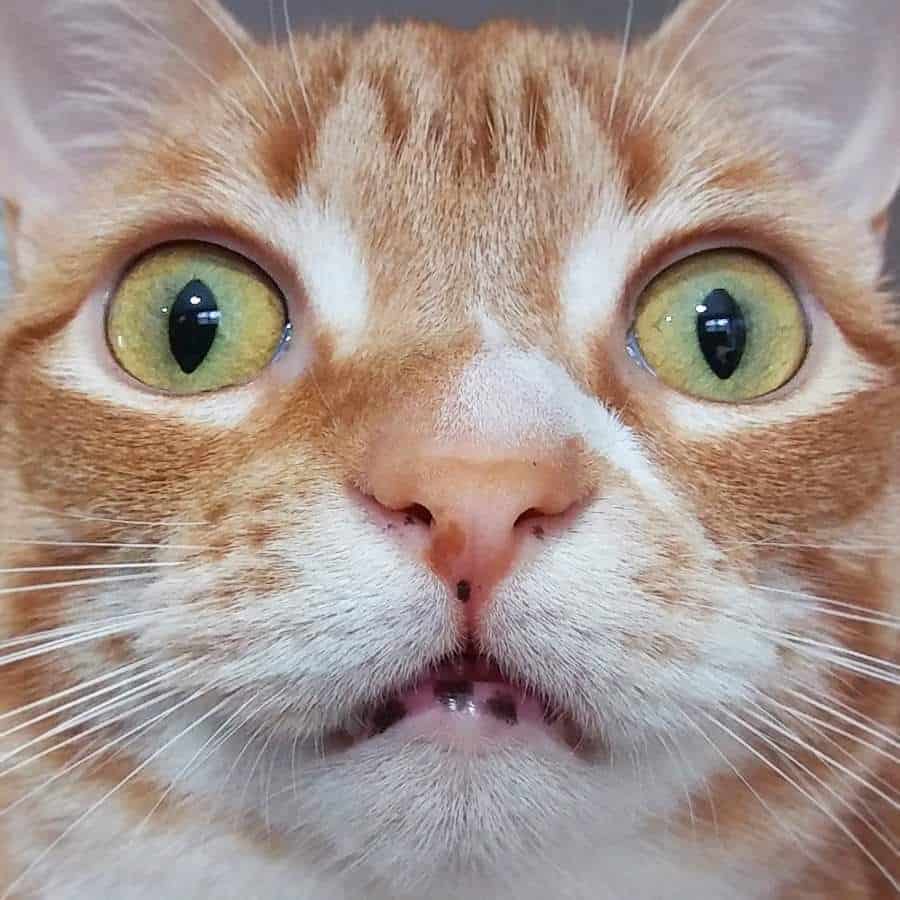 So, the question remains. Do you think that cats can sense spirits and ghosts?

If you have a story of your own to share or a story that you’ve heard, we’d love to hear it.