Wyatt Earp, a ginger kitten (later known as Wyatt Derp), and brother, Doc Holiday, found their way to kitten rescuer Heather and her daughter Keely. At the time, the kittens were just a couple of weeks old and needed round-the-clock bottle feeding.

As you probably guessed, the kittens got their names from characters in the old Western “Tombstone.” At the time, the kitten rescuers were watching the show.

“Fun Fact: we like Wild West names and love the history. My youngest son’s middle name is Wyatt; after Wyatt Earp. 🥰 And we may have watched Tombstone tonight too,” posted Heather.

On Instagram, the kittens became “The Tombstone babies,” #lyfftombstonebabies. 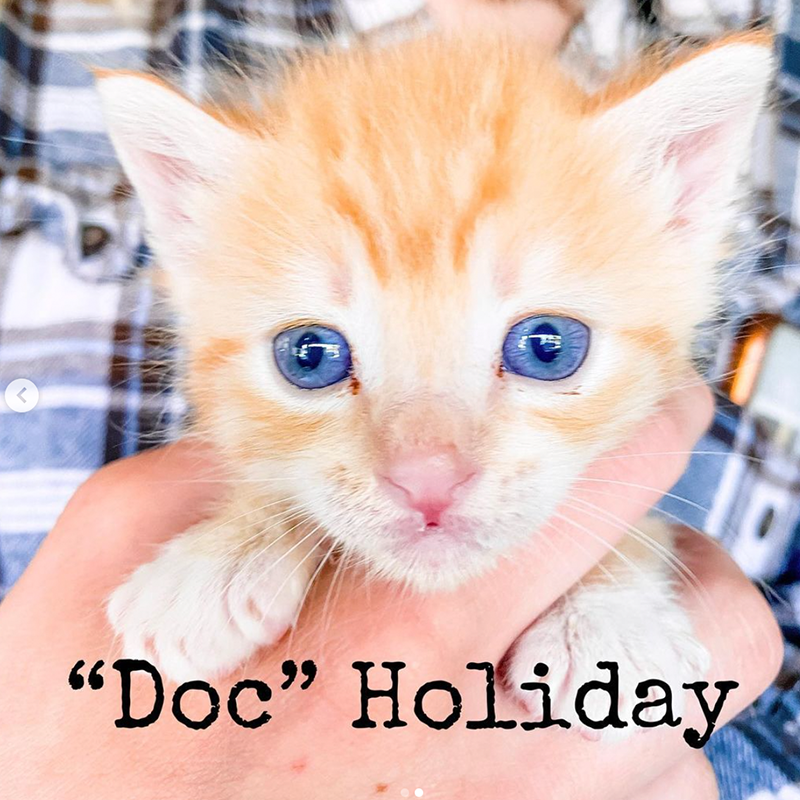 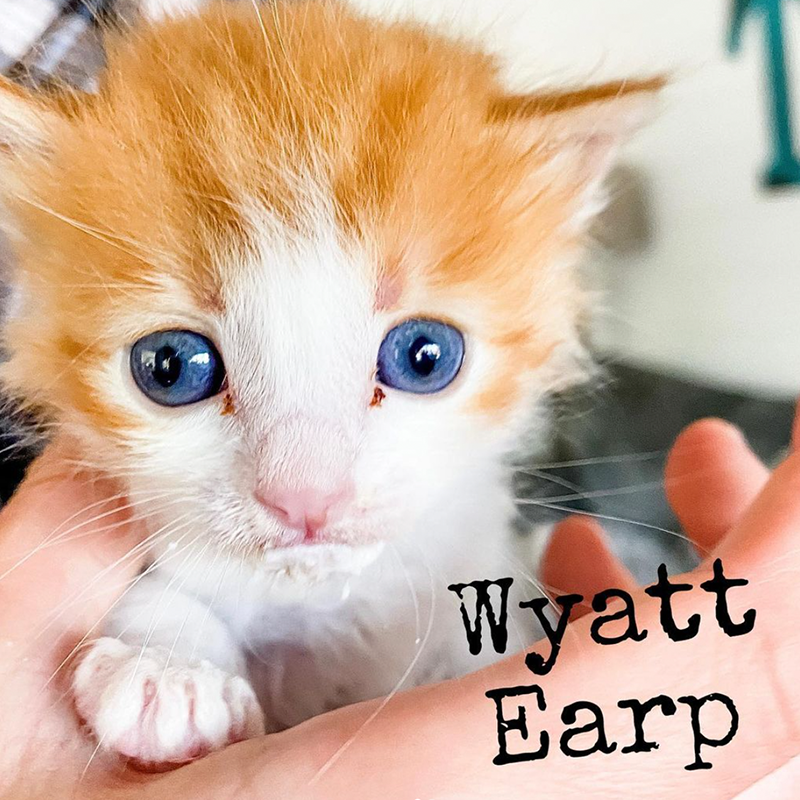 In one shot, we see Wyatt has “a bit of a milk beard” while feeding. Wyatt and Doc both loved bottle feeding, so much so that they still wanted to do it at five weeks old.

Six weeks later, Wyatt had grown a lot but was still feeding on the bottle.

“Little Wyatt may or may not be the biggest baby in the world,” Keely posted. “Although this boy is almost 6 weeks old, he’s still a baby at heart. He may be a little bit behind, but he’s still adorable, and we love him to death.” 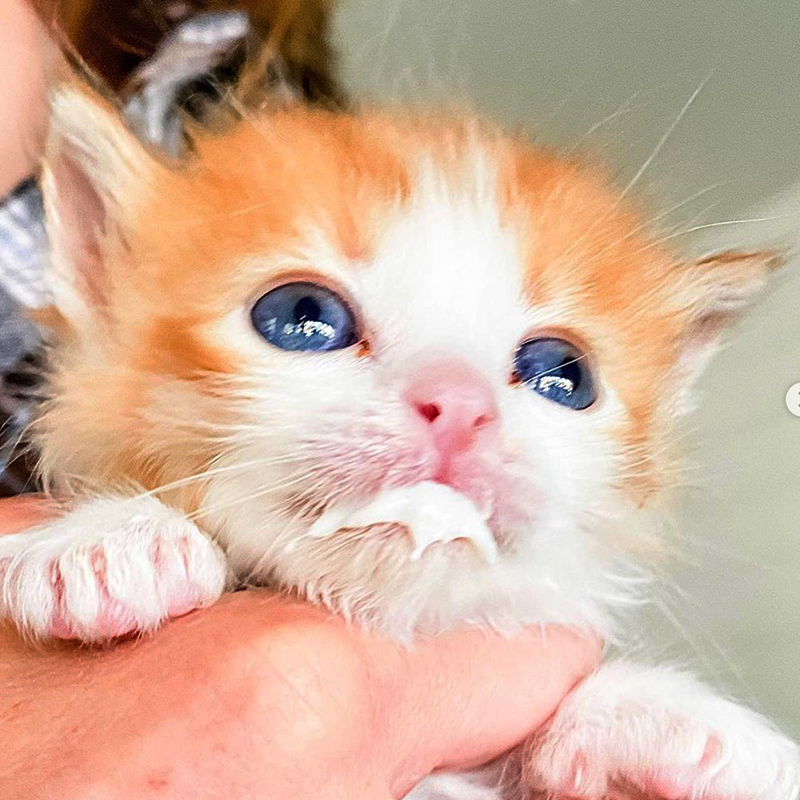 “Huh?” seems to be all this little guy ever has to say. He’s so derpy and silly, and I’m incredibly fond of him.” 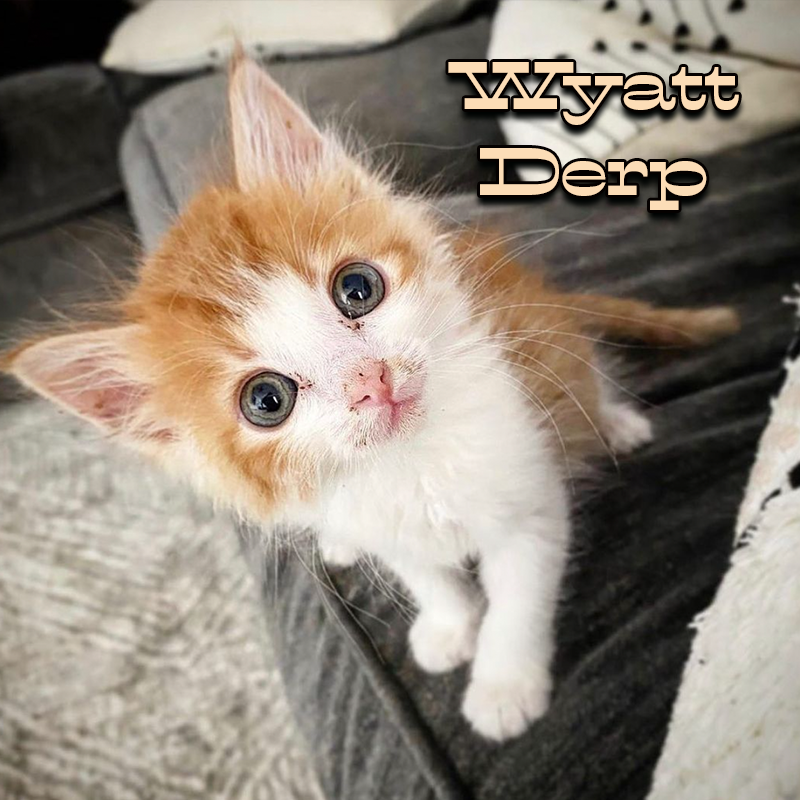 Little Wyatt was much smaller than Doc, who was almost double in size. In many photos, Wyatt had a derpy expression. However, as the kitty got a little bit older, you can see how photogenic Wyatt became.

“Well, he WAS Wyatt Earp. But one of y’all pointed out that Wyatt Derp was better suited for him. 🤣Man I love this little nugget. He’s so goofy,” wrote Heather. 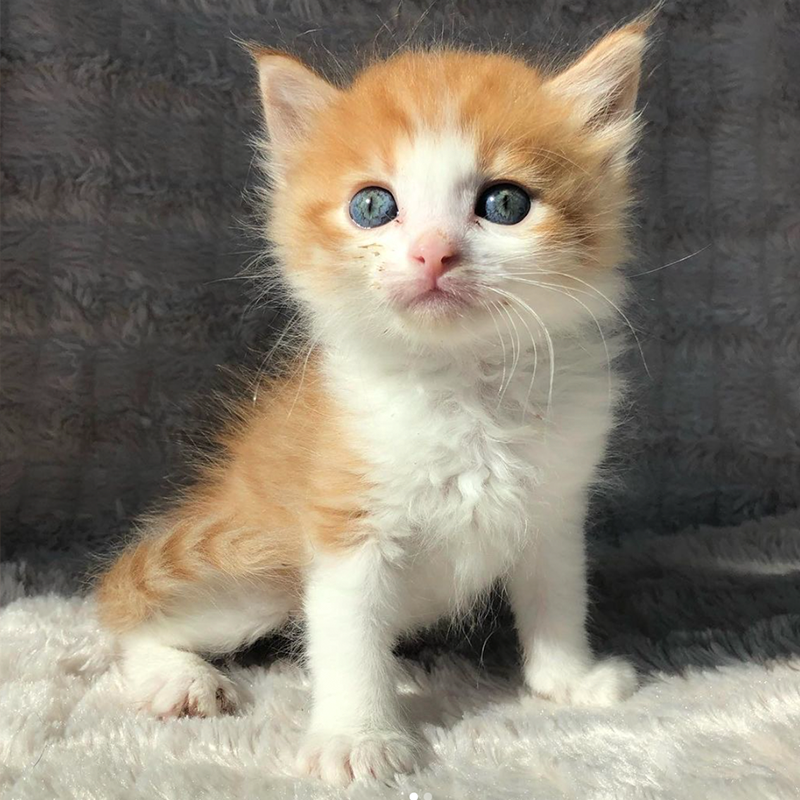 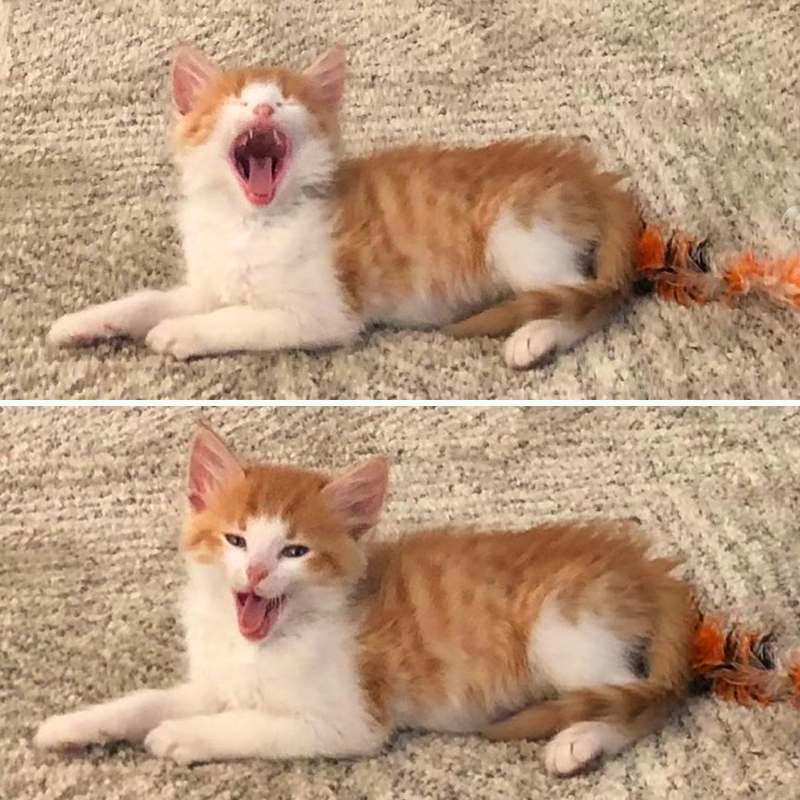 Later, when it was time to be neutered, they found out that Wyatt was a little girl.

“This little dude is actually a dudette!” wrote Keely.

The kittens were too young to tell when they arrived, and ginger females are a rarity, noted Heather. So, she became Miss Wyatt Derp. She became highly affectionate and snuggly. In one case, she snuggled up inside a trash can after bringing in a towel. 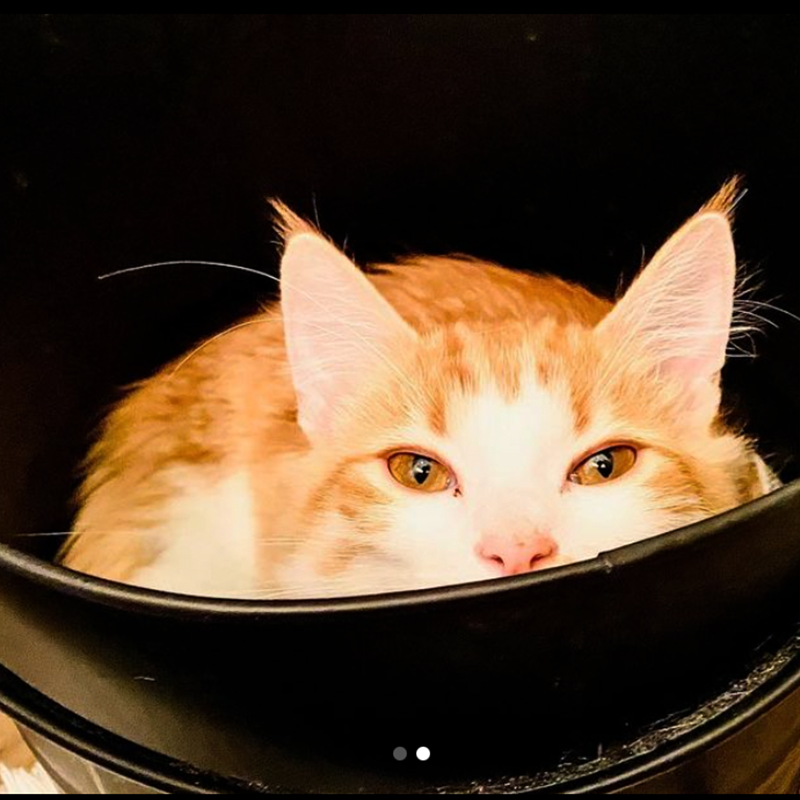 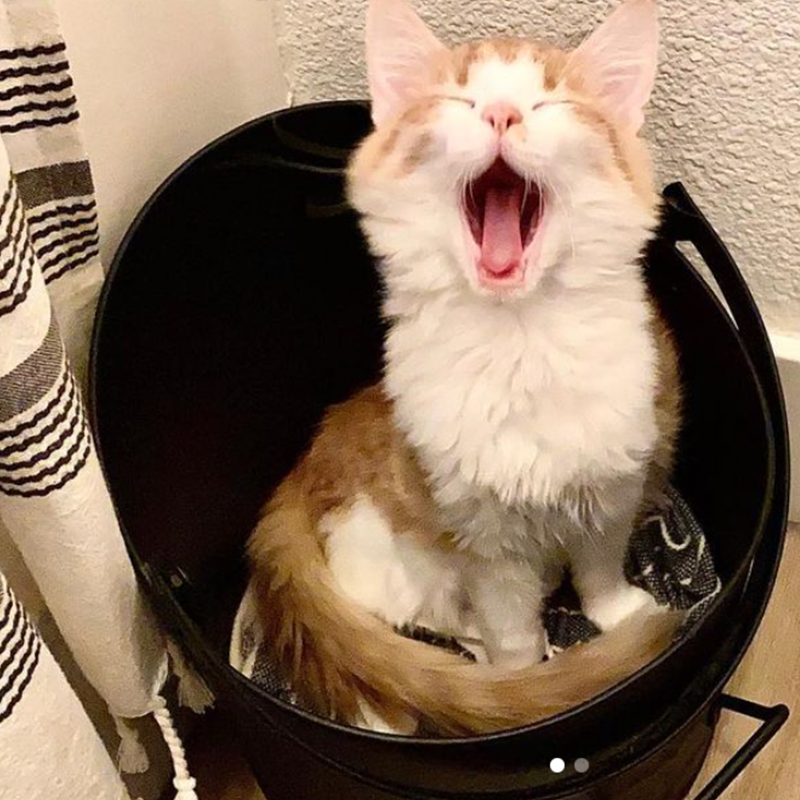 The Tombstone Babies and Floyd the Dog

As Wyatt and Doc grew, they met the family “beast” Floyd. He’s super friendly and gentle with the kittens.

“Floyd is perfect at allowing our fosters to get comfortable being around dogs. Wyatt thinks he hates Floyd right now but you watch. They’ll be buddies and Wyatt will be a dog-friendly kitten before he is adopted.”

In protest, Wyatt hissed a little but remained fierce and fearless. However, Doc Holiday really seems to enjoy being in Floyd’s company.

Over the months, we see that Wyatt Derp and Doc are growing fast. They wrestle, explore, play, and lounge with their friend Princess. Both kittens love to snuggle with each other and get lots of cuddles and affection on laps. They are so cuddly that Heather said they were “the most affectionate kittens we’ve ever fostered.” 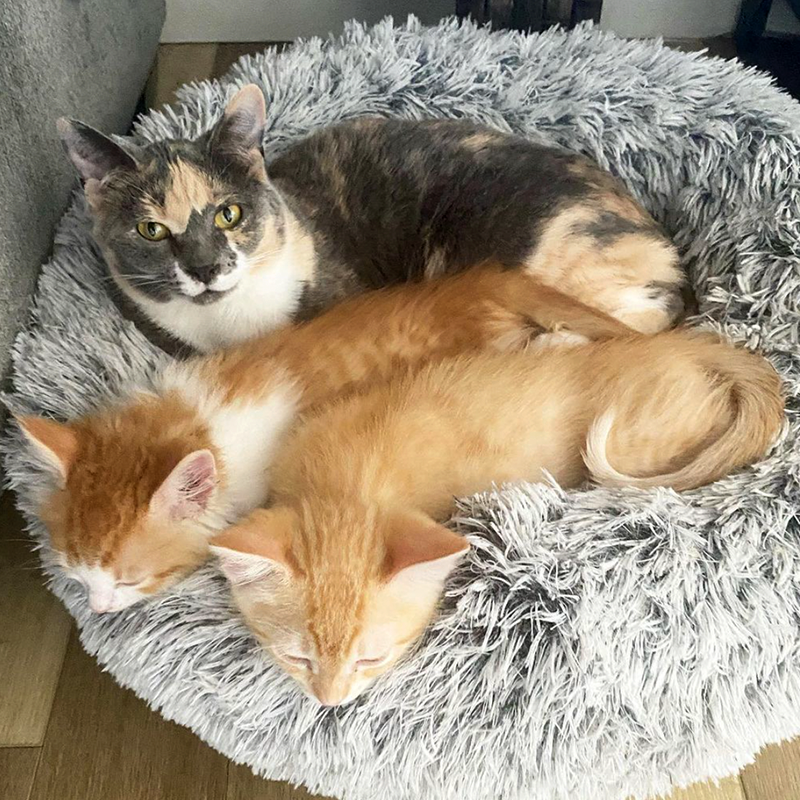 By June, the Tombstone babies were ready for a forever home.

“Raise your paw if you’re ready for your forever home!” Heather wrote. 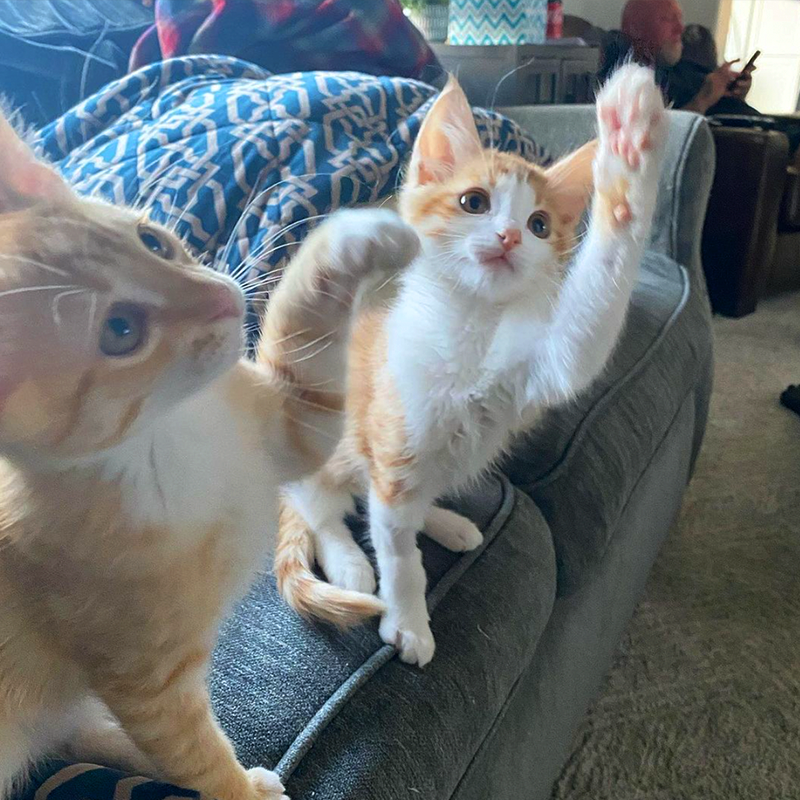 “These gingers are 100% perfection. Doc Holiday is confident, loves to lay in your lap, and has the loudest purr ever! Wyatt Derp (who is in fact, a girl), is beyond affectionate, super snuggly and she makes the sweetest little chirping sounds. Whoever adopts them will feel like they’ve hit the kitten jackpot! They are ready for their forever homes!” Heather said. 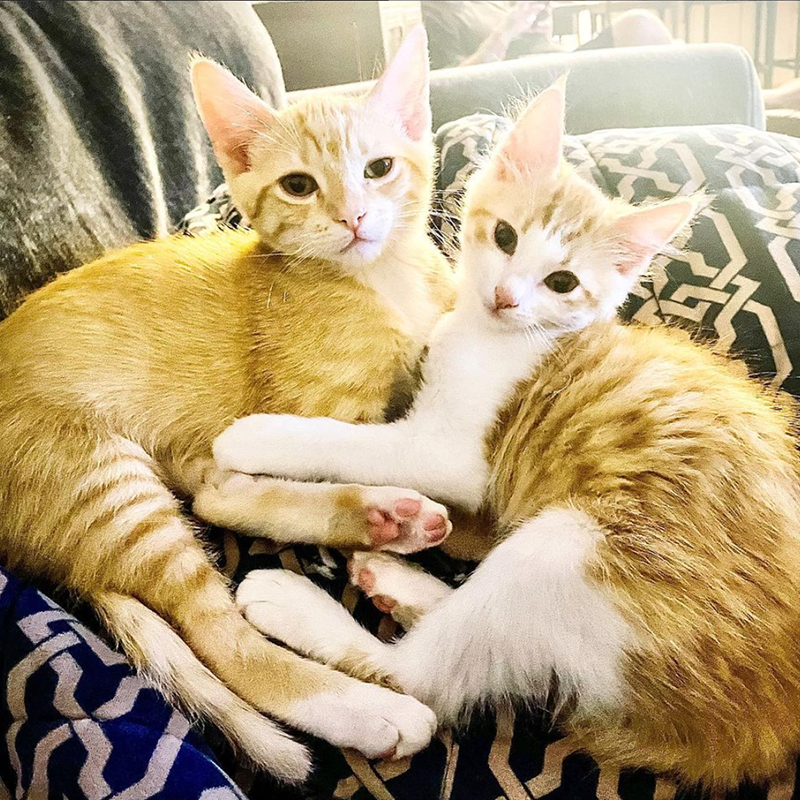 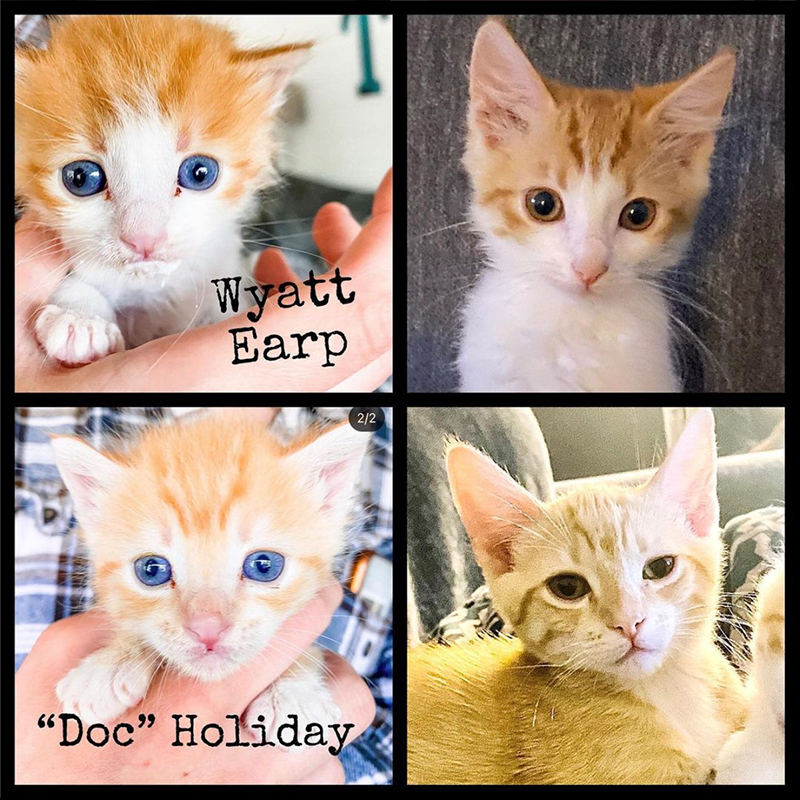 Recently, Wyatt found her forever home with someone who Heather once taught as a teacher in elementary school.

“Guess what!!! Wyatt Derp was adopted today! And the best part??? She went to a previous adopter, who also is my sweet friend!!! This is her husband with Wyatt. Fun fact: this sweet adopter was MY student when she was in elementary school. We’re old now but she’s still my favorite student ever.🥰 Teacher’s pet turned adopter.🤣” 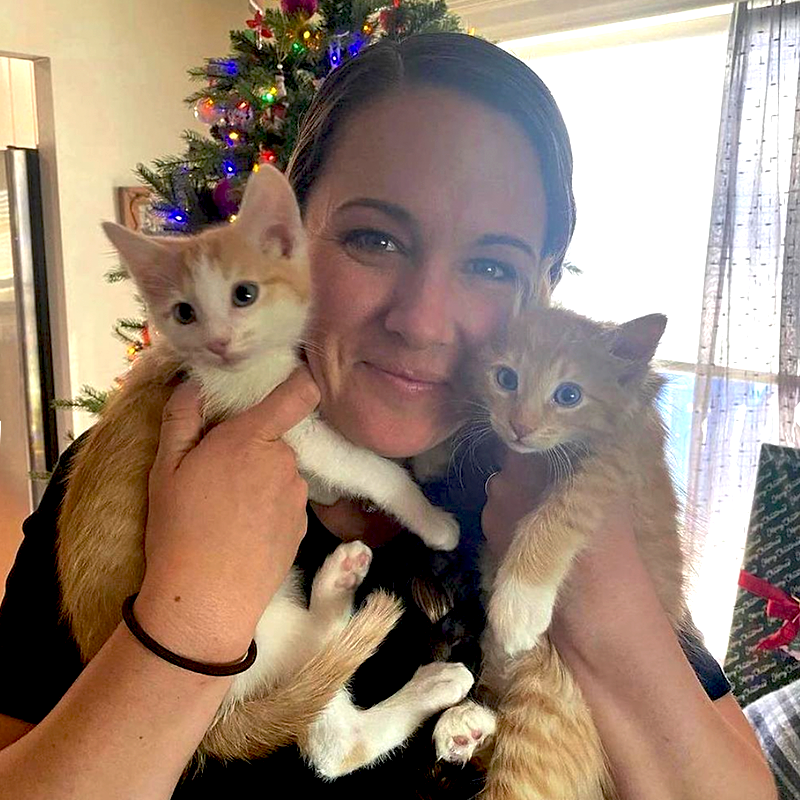 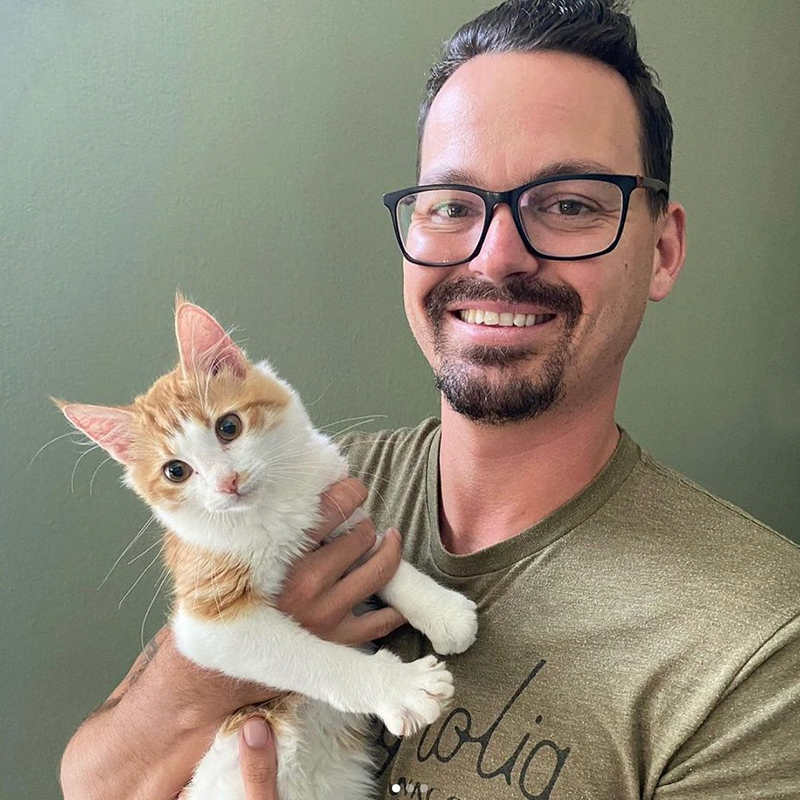 Now, Keely says that Wyatt will share a home with other ginger cats and kids too!

“She now lives with two other ginger boys and a bunch of kids who I know are just spoiling her like crazy! Congratulations, Wyatt, on your furever home!! ♥️ 🐾” Keely posted.

Now, it’s Doc Holiday’s turn, but it seems he’s ready for school for now. To help more kittens like these two cuties, follow the2poundkittenclub and keelyfostersx on Instagram. 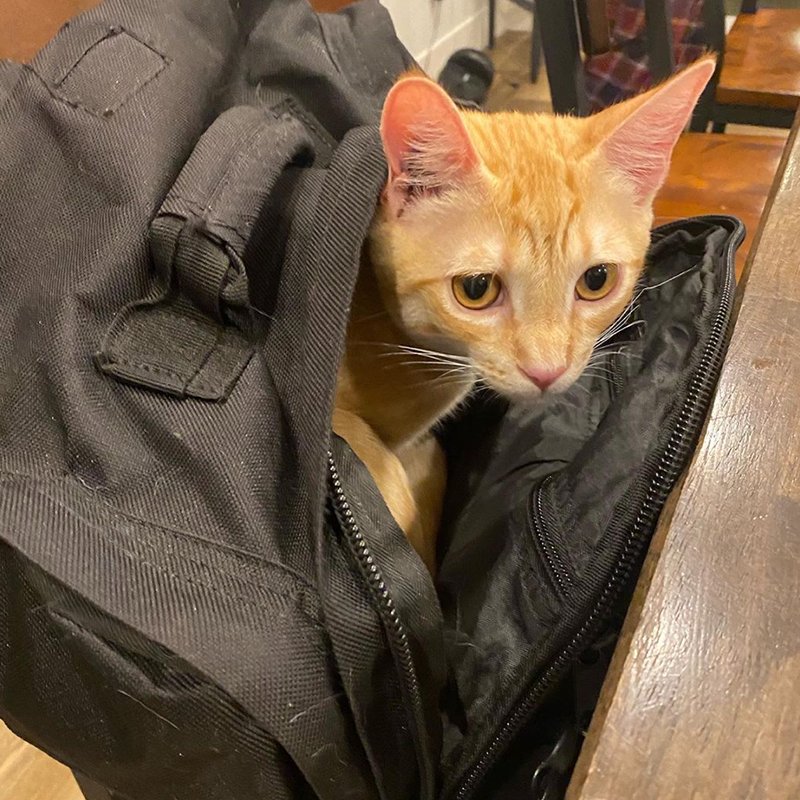