How To Tell The Difference Between Torbie, Tortie, Calico And Tabby Coat Color

I love cats that come in all sizes, shapes and colors. Really, I don’t discriminate, I just love them all despite their markings, fur length or coat color. (Although I must say, there will always be a special place in my heart for ginger tabbies!) Speaking of which, did you know there are different classifications for tabbies? Not all have solid stripes, actually, and some have stripes which are darker/bolder than others. If you’ve ever wondered what exactly makes a torbie, tortie, calico or tabby cat, we’re here to tell you! 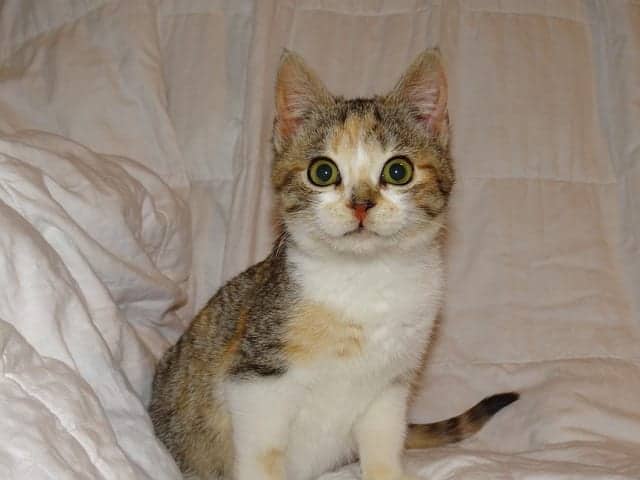 Check out our detailed overview on how to tell the difference between torbies, torties, calico and tabby cat coat colors.

For those cat owners who share their home with one of these colorful cats, they often report of their cat’s ““tortitude” with others. A tortie cat is known by many for being a cat with attitude and a distinct personality with a voice all of their own. If you’ve got a tortie, then you know exactly what we mean by tortitude!

A collage of examples of tortie cats: 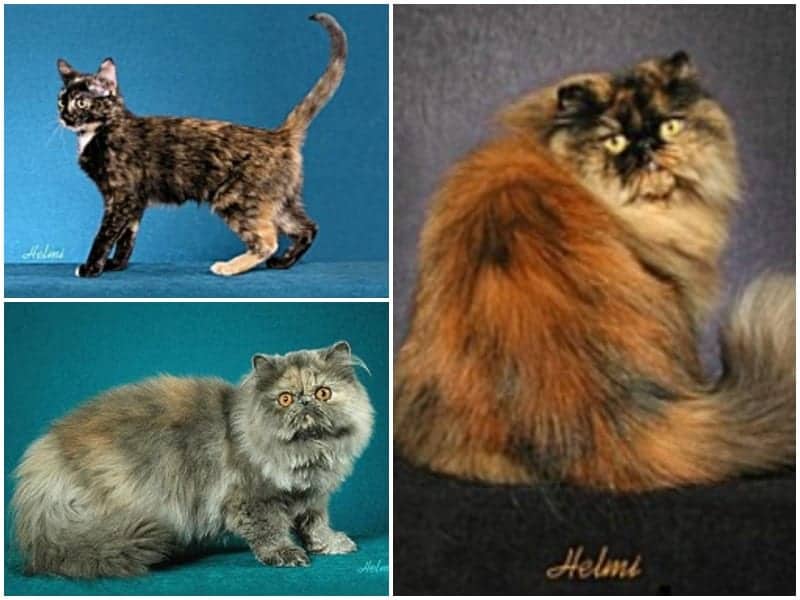 Since torties are not specific to any particular breed of cat, their overall coloring typically appears brindled. Their appearance is a healthy mix of dark black or chocolate, with shades of red, ginger, or orange mixed in. 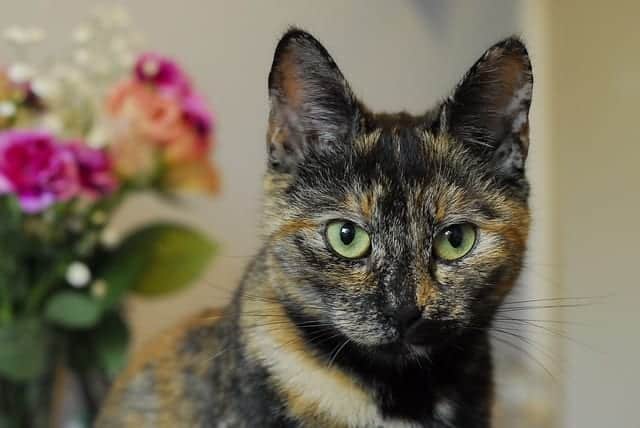 For some people (myself included!), it can be slightly difficult to determine the difference between torbie and tortie cat coat color. Here’s something to keep in mind when establishing the difference:

Even on a solid color cat, you can often see stripes on reds and creams. The only way to be sure if you have a tortie or torbie is to ignore any stripes showing in the red or cream areas – just look to see if the black color is solid or has stripes. You may see small white spots, but usually, Torties have a predominance of black and red fur color. A tortie can also have a diluted coat that’s not as bold, but still be considered a tortie by definition.

Cole and Marmalades’ housemates, Jugg and Zig Zag, are both torbies! 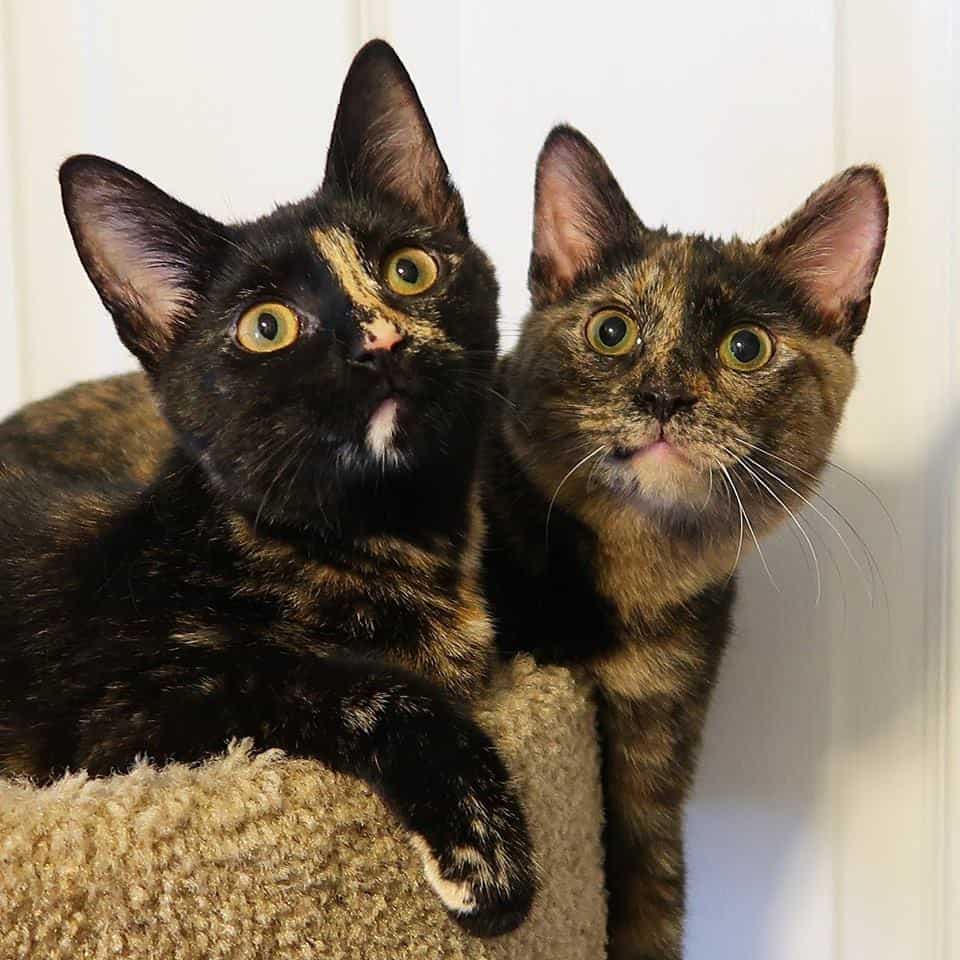 What is a tricolor cat? Calicos, tortoiseshells, and torbies all belong to a category of cat colors called tricolor.

Of the four type of cat coat colors listed, the torbie cat is most rare. The term “torbie” is short for tortoiseshell-tabby, and they were once referred to as reverse torties. When a cat has tabby stripes but also tortoiseshell markings, this results in what is known as a torbie. They are also called “patched tabbies” since they are a tabby with patches of red or cream.

A collage of examples of torbie cats: 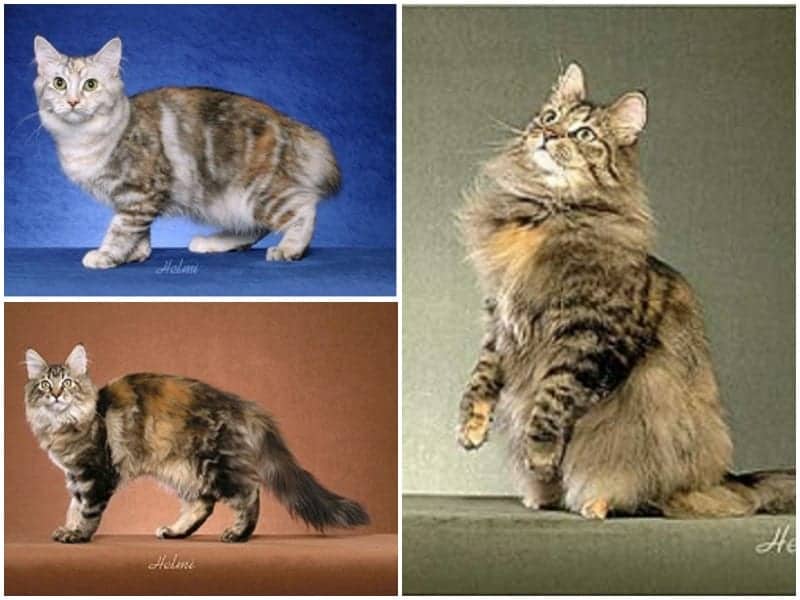 These predominantly female–as well as usually very loving–cats are rather easy to recognize once you know exactly what to look for: orange, black and white. A calico cat can come in a wide array of coat patterns, and no two really ever look identical. Any cats with large piebald type white, orange, and black patches are calico cats.

Add a tabby pattern into the mix with a calico cat and you have a cat called a caliby! There are also cats that are “diluted” calicos, which have gray rather than black on their coat coloring. (See image below for example.)

Fun calico cat fact: A calico is the official state cat of Maryland!

A collage of examples of calico cats: 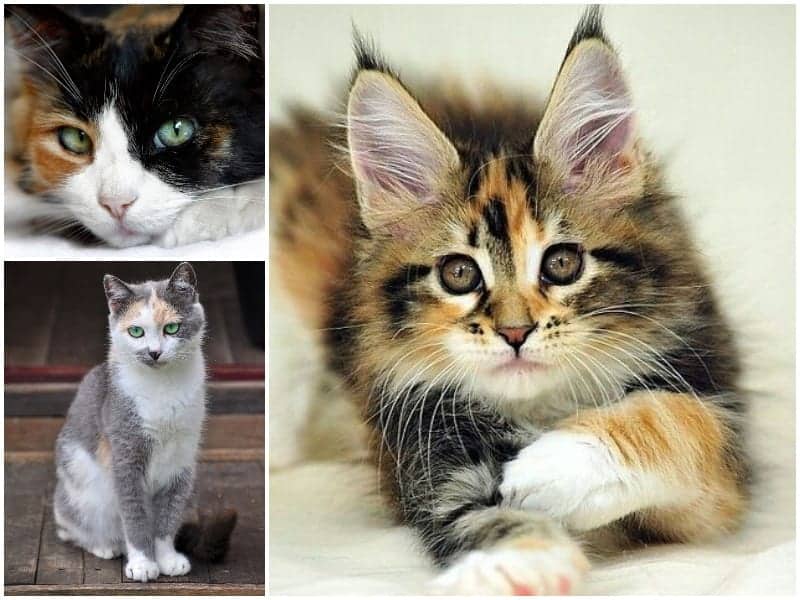 Curious why calico cats are almost always female? Well, the truth is in the genes! Here’s how it works:

There is a color gene for orange cat coat color that is noted as O. The O gene can only be carried on the X chromosome. Since a male cat has only one X chromosome, if he carries the orange gene, he is either OY (orange) or oY (some other non-orange color). Female cats have two X chromosomes, which means they can be OO (dominant orange), oo (recessive orange, which results in the cat being some other color), or they can be Oo, which is tricolor. Tricolor contains both dominant and recessive orange genes. 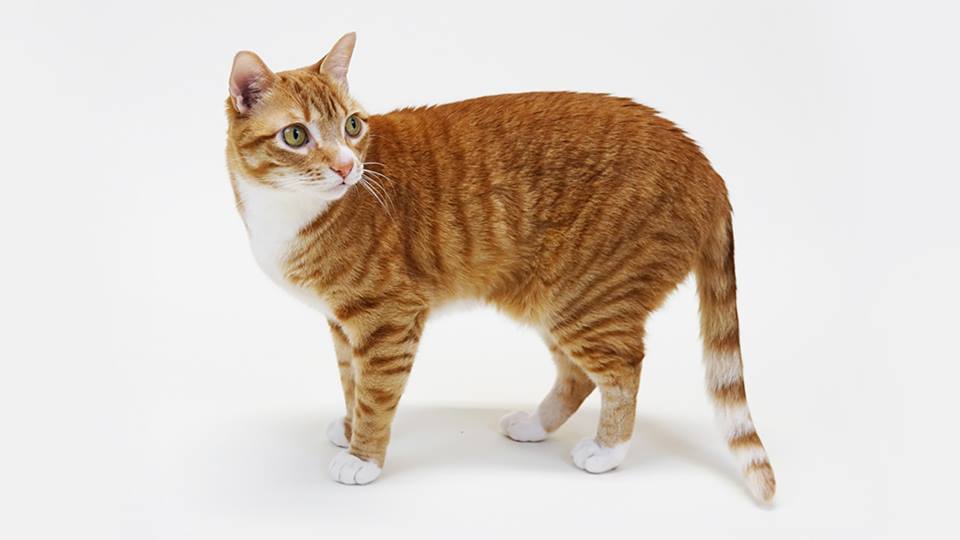 Photo: Marmalade in all his ginger glory!

By definition, a tabby cat is any domesticated feline that has “a coat featuring distinctive stripes, dots, lines or swirling patterns, always together with a mark resembling an ‘M’ on its forehead. Some tabby kittens are actually born without stripes, and develop them after a few weeks of age. While tabby cats can be male or female, ginger tabbies are almost always male due to their genetic coding.

Cat lovers the world over have had a fondness for these patterned cats for centuries. But what causes these cats to have such a unique coat pattern is quite interesting:

The tabby pattern is a naturally occurring feature that may be related to the coloration of the domestic cat’s direct ancestor, the African wildcat, which—along with the European wildcat and Asiatic wildcat—has a similar coloration. A genetic study found five genetic clusters from tabbies to be ancestral to wildcats of various parts of the world.

A collage of examples of tabby cats: 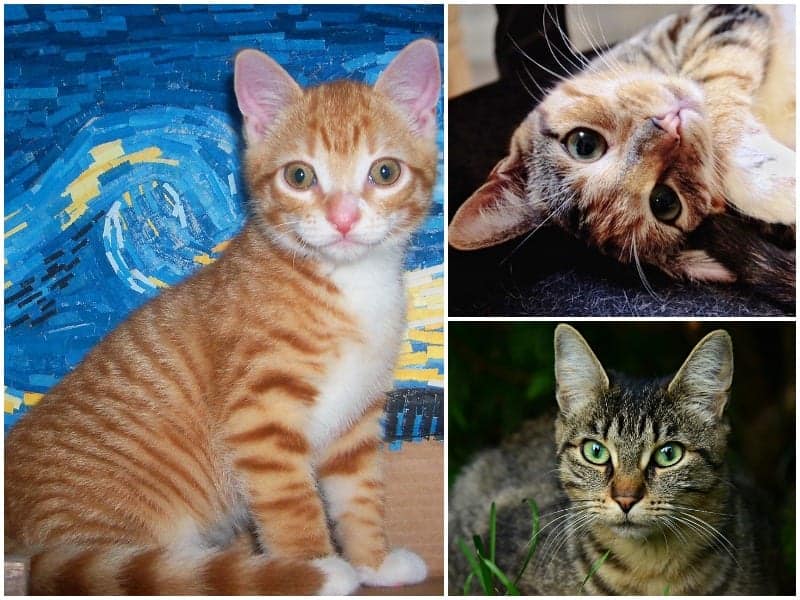 Tabby cat fact: The English term tabby originates from the translation of the French phrase “striped silk taffeta”, the root of which is tabis, meaning “a rich watered silk.”

Do you have a tortie, torbie, calico or tabby cat in your life? Share your cats coat colors with us in the comments section! 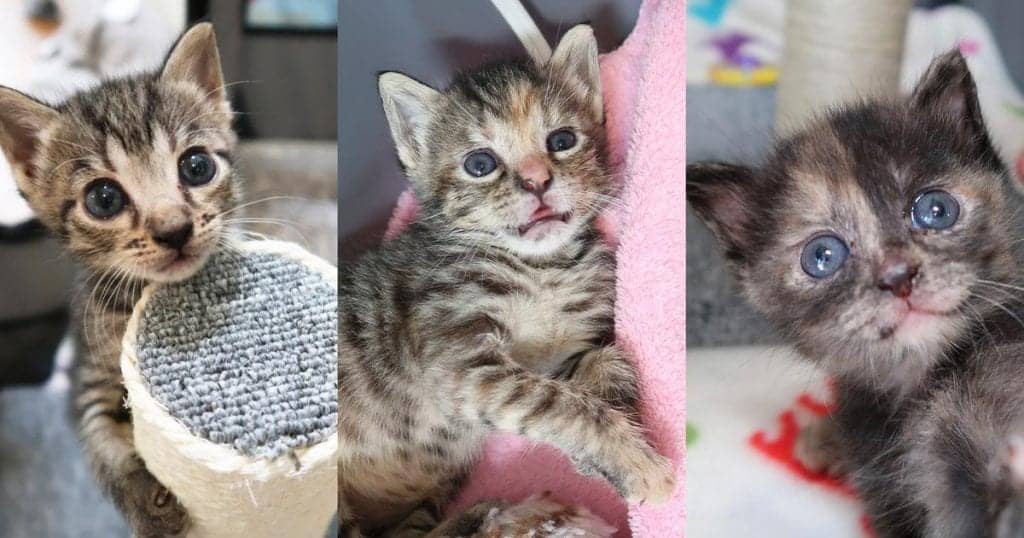