All Hail The Chain Of Canadian Veterinary Clinics Who Deemed Declawing “Inhumane” & Banned The Procedure!

For the veterinarians who work with the VCA Canada family of medical practitioners, a decision they made in 2018 is making waves again in the cat world. Big waves, because it’s amazing! Hopefully this shared info will refuel the battle against declawing. Unknown numbers of declawed cats have suffered because of the decisions stemming from uneducated individuals. That’s not only cat owners who are unaware of the consequences of their actions. It’s from veterinarians who have been trained in outdated, unnecessary and inhumane declawing procedures. 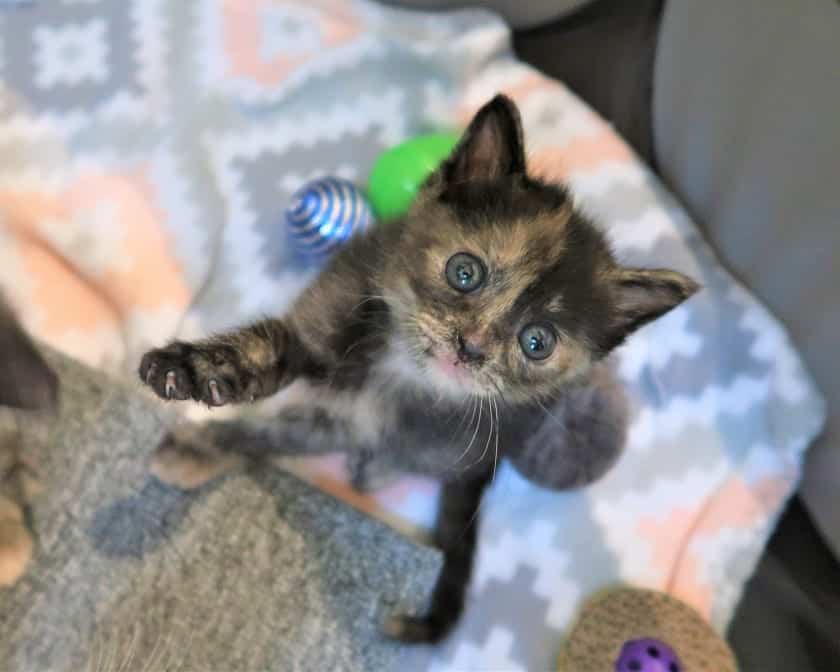 In May of 2018, VCA Canada announced a company-wide ban of elective declawing in cats.

In a statement released by the animal hospitals, they proudly stood by their decision. I like that they weren’t afraid to call out the most common reason people want to declaw. Also, referring to “declawing” as what it really is, would probably deter some people.

VCA Canada, a growing family of 93 animal hospitals across Canada, has announced a company wide ban on elective Feline Partial Digital Amputation – commonly known as declawing. Declawing is the surgical removal of a cat’s claws by amputation the third phalanx of each digit. [It’s] usually performed for the pet parents convenience of reducing the cat’s ability to cause damage to furniture or objects from scratching.

“The Canadian Veterinary Medical Association has deemed the practice of elective declawing inhumane, and we wholeheartedly agree.” said Danny Joffe, National Medical Director of General Practice at VCA Canada. “I am proud to announce that going forward, elective declaws will no longer be performed in any VCA Canada hospital.” When the decision was announced, Joffe humbly admitted to CBC Canada news that it wasn’t just owners at fault.

Declaws have become quite a common thing and, in fact, people think of them as just a common procedure. And my veterinary generation created that problem. We got very proficient at doing the procedure. Especially as better pain medications and anesthetic protocols came along. We thought we could do it safely and fairly painlessly. What we’ve learned is that, not only is that wrong, it’s inhumane.

VCA’s vets will still amputate claws when it’s medically necessary to do so, such as removing a cancerous tumour. But not to make life easier for pet owners with leather couches. VCA Canada wasn’t just calling people out though, they were, and still are, happy to educate others. On their website you can find a pamphlet for alternatives to declawing too. This may be beneficial when dealing with educating individuals as it’s a touchy subject. When sensitive topics cause tempers to flare, it doesn’t help anyone–human or feline. Here, they provide the information in a clear and concise format.

We are not born knowing all there is to know about our beloved felines.

But what if there isn’t a cat mentor around or internet access isn’t available? What if your veterinarian isn’t “on board”? It’s up to those of us that are aware of the true horrors of declawing share the information. If we stay complacent, we can’t educate the millions of people who welcome cats into their lives. For additional information, you can always check out The Paw Project. This U.S. based initiative to end declawing even has a directory of no-declaw veterinarians to choose from! I’m pretty confident in saying the reason declawing is illegal in these California cities is likely due to the projects efforts. As 2019 began, Canada again made a major decision in favor of our furry friends.

Canada will officially have four provinces with cat-declawing bans in place. Prince Edward Island, Newfoundland and Labrador joined Nova Scotia and British Columbia on November 7th when they announced that on January 1st, cat declawing will be illegal except in cases where the procedure is medically necessary.

Take a quick look at declawing.com, because the barbaric act is actually already illegal in many places. Not to mention that there are numerous health and behavioral issues arising from the surgery. There was a study done in 2017 by he peer-reviewed Journal of Feline Medicine and Surgery. They compared the health of declawed cats against the well-being of felines that didn’t have the procedure.

So why are we in the United States so behind the times? We need to stand beside our felines and so what’s right for them. Related Story: Why You Should NEVER Declaw Your Cat! Related Story: Best Tips And Info On How To Trim Your Cats Nails