Seven foster kittens named for evergreens get up to mischief in their Indianapolis foster home.

Foster mom Jennifer at “New Kittens on the Block” in Indiana welcomed Mama Fern and her seven babies in early November for IndyHumane. Six were her own, five tabbies, and one black kitten like her mini-me. But the seventh tabby kitten she adopted, a lone singleton, arrived in the shelter with her.

It was a “clown car” of kittens crawling over Mama Fern, but the mama could take a break whenever she wanted. 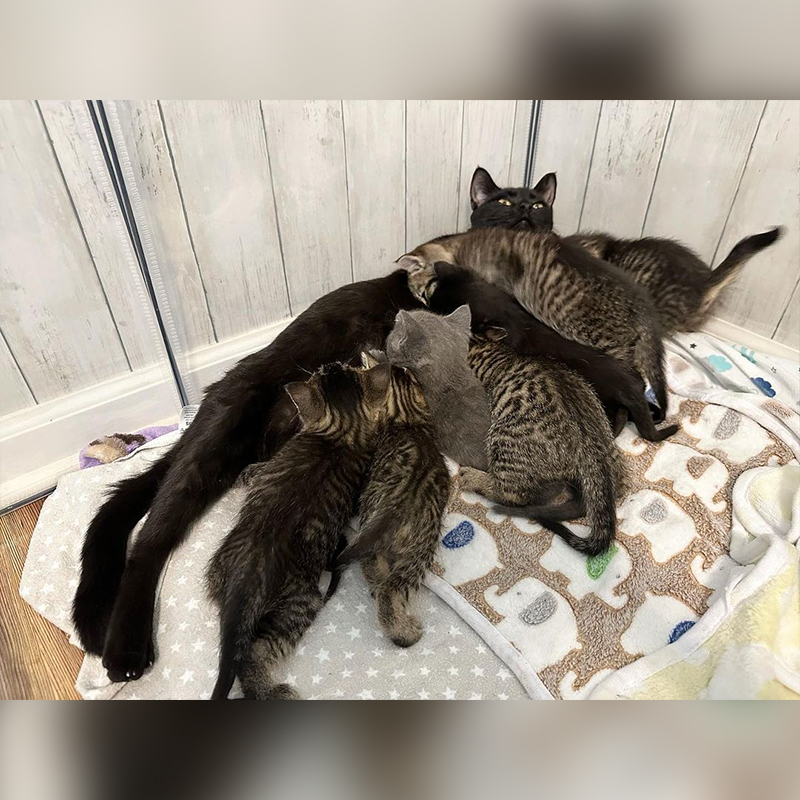 Below, the kittens come piling out of their cat-shaped Kitty Kasa.

Even completely covered in kittens, Fern was so loving and patient with her babies. They were already nearly weaned and, thankfully, all in good health. Nevertheless, all would stay in quarantine with mama for at least two weeks to keep them safe.

Video and images via Instagram/newkittensontheblock

Douglas Fir and the Evergreens

One of the fun parts of fostering is giving the furbabies creative names, which can often help them find homes. Jennifer named many of the kittens in the Christmas spirit after evergreen trees. Some already had tree-related names from the shelter.

Douglas Fir is the largest male tabby and super cuddly. Aspen Pine arrived with her name from the shelter, and Jennifer kept it. She was shy but loved chasing her tail as well as her siblings’ tails. Fraser Fir was a favorite and the only all-grey kitten.

“Meet Fraser (Fir)! 🌲 Fraser is the most deliciously chonky kitten I’ve ever seen, and I’m here for it! I’m just a little bit obsessed with him. 😻 Like his littermates, he is super playful and silly. Fraser’s shelter name was Fable. ❤️” Holly, the bonus kitten, was the one that Mama Fern adopted, although she fits right in with the others. She might have been a week older. Cedar is the hilariously grumpy one of the bunch.

“Meet Cedar! 🌲 Cedar is a mood. 😾 He would very much like to speak to the manager. He’s actually a sweet kitten. He’s just very opinionated and has a lot to say.” Pinecone, or “Tiny Piny,” is the smallest, but not by much. Nevertheless, he managed to get the best spot at the “milk bar” when the kittens were nursing. Last, but not least, Laurel looks like her Mama Fern. Look at those beautiful kitten blue eyes. Mama Fern was very protective of her babies, as you can see below. But she also enjoyed taking breaks with an “all inclusive package includes a room with a view, an all you can eat buffet, a daycare center plus a nanny, and maid service! 😹🐈‍⬛” Jennifer shared. By late November, it was time for the Evergreen kittens to deck the halls with Christmasy toys. What is cuter than kittens playing in the holiday finery?!

As fun as it looks, this family of cuties was a handful for their foster mom, but soon they would be ready to branch out to new evergreen forests. Then, when Jennifer was ready, she could do it all over again, a never-ending bumper crop of kittens needing rescue. With hope, the New Year will bring fewer kittens needing rescue thanks to all the rescuers and TNR (trap, neuter, return) efforts across the country.

“Saying goodbye is always bittersweet for me. It’s okay to cry, but make sure you also celebrate!” she told IndyHumane. “Be proud of the work you did and the role you played in helping an animal on its journey home. It’s the end of their time with you, but their new life is just beginning because of you. I’ve found the best remedy to feeling sad about saying goodbye is saying hello to new fosters! Receiving updates on former fosters thriving in their forever homes is the best!” 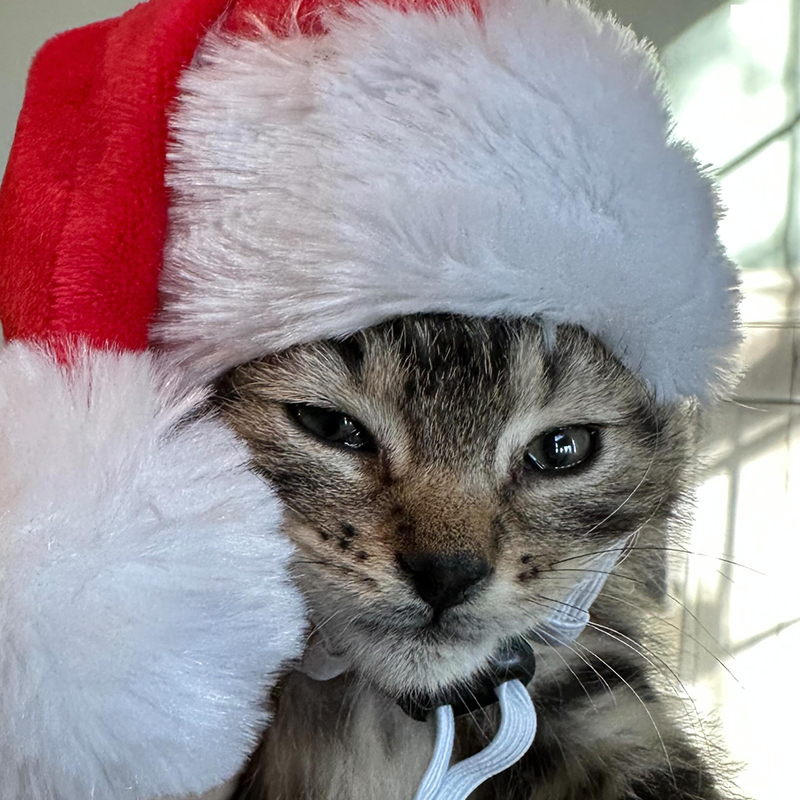 Happy Holidays and Merry Christmas to everyone!