Sometimes, cats prefer to be the sole king or queen of the castle. And not all cats get along well with other animals, cats, or children. But happily not in this case! This is the love story of Thomas and his new sister Coco, who was found abandoned. 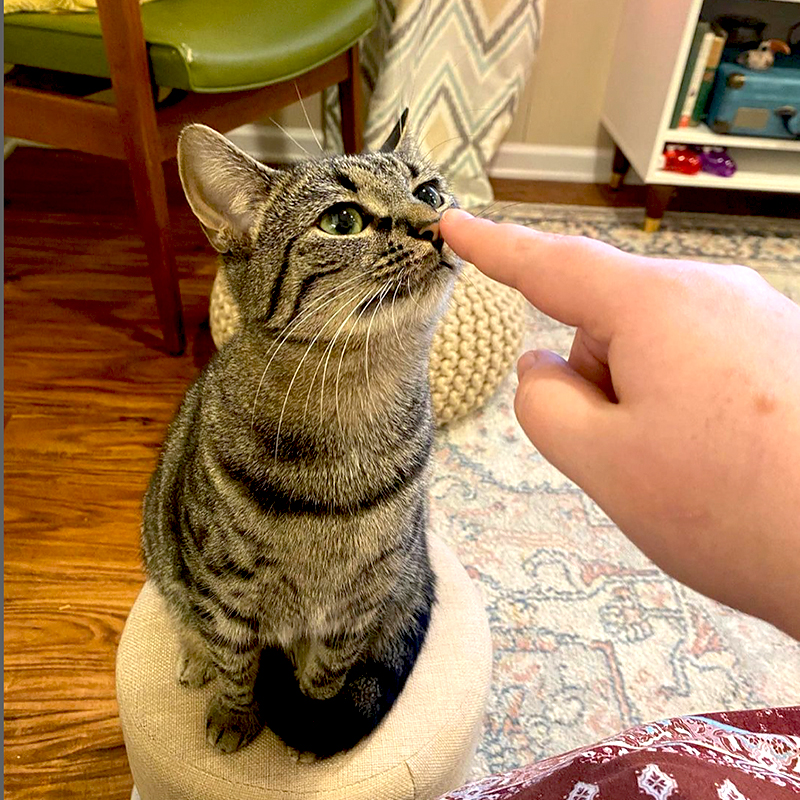 Coco the cat. “A gentle boop.” Images and media via Instagram/Thomas & Coco

Instagram user @asformeandmycats initially posted a video of the story of Coco’s arrival. Most importantly, how their cat Thomas dealt with the new sibling.

Little Coco was found at four weeks old, abandoned and all alone. Their theory is she was abandoned there by other humans, or her mom was sadly killed. But no matter how she ended up there, they decided to bring the kitten home.

“Some brought up that it’s likely Coco could have been abandoned by humans or that her mom died,” they shared on Instagram. “Now, I think those are likely possibilities too. The signs Coco had that indicated she was ‘abandoned’/no one was taking care of her were: she was wandering around alone, crying loudly from hunger, she was covered in mud/dirt and fleas, so no one was grooming her. The people that found her waited for her mom to come back, but she never did. She could have been dumped by a human, but it was pretty clear she had been living outside. Regardless we love her and are happy we could adopt her!”

However, she and her husband weren’t sure if Thomas, their king of the roost, would get along with Coco. At least there are videos online with tips on how to introduce to cats!

When introduced, Thomas was very curious, seeing sniffing around her and batting at her a bit. But after his initial curiosity, he instantly fell in love with Coco. Now, he’s the best big brother ever! Thomas now grooms her, cuddles with her, and they even play and sleep together. Below is a video on the first interactions between the two. 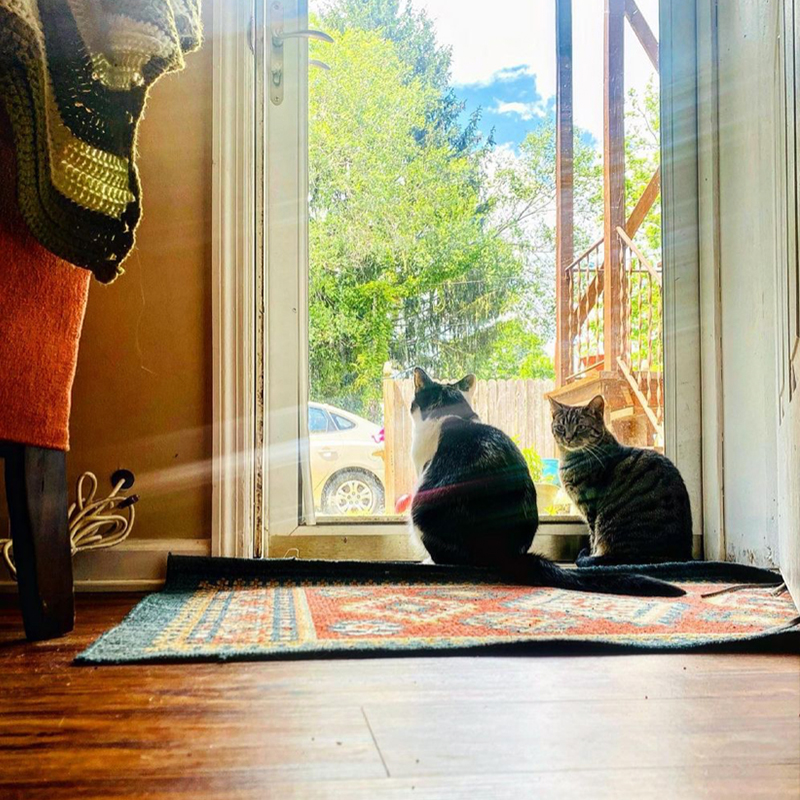 Now? Thomas and Coco are still the best of friends! Very quickly, they went from around 1,000 followers to 11.6K fans. 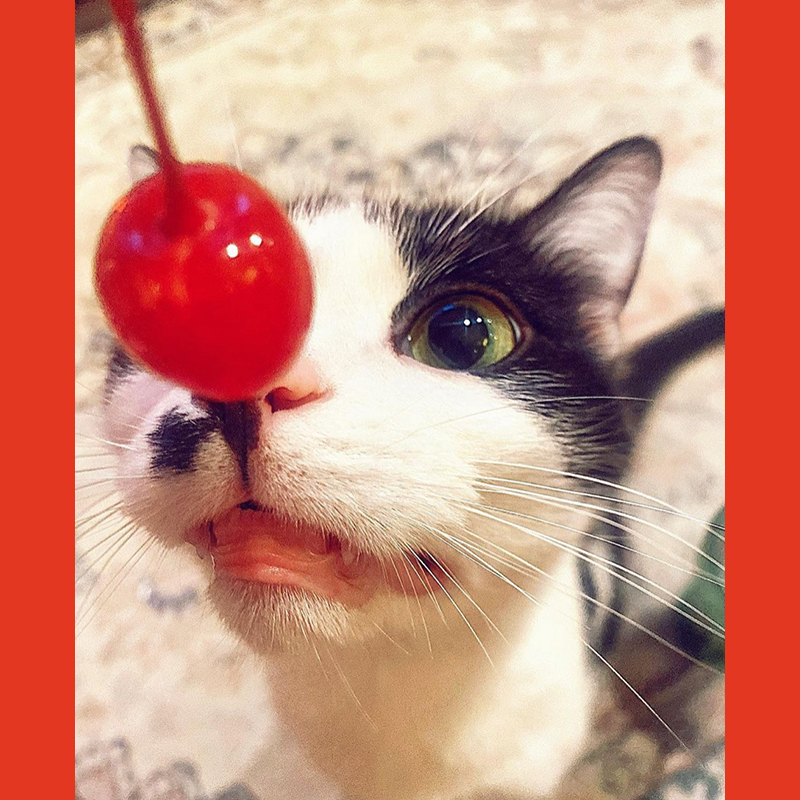 “Thomas is the cherry on top 🍒”

Another person noted, “To be honest, I’ve noticed that you should never have just one cat because when you go to work or the store or whatever they get lonely. Now he has a forever buddy🤍.” 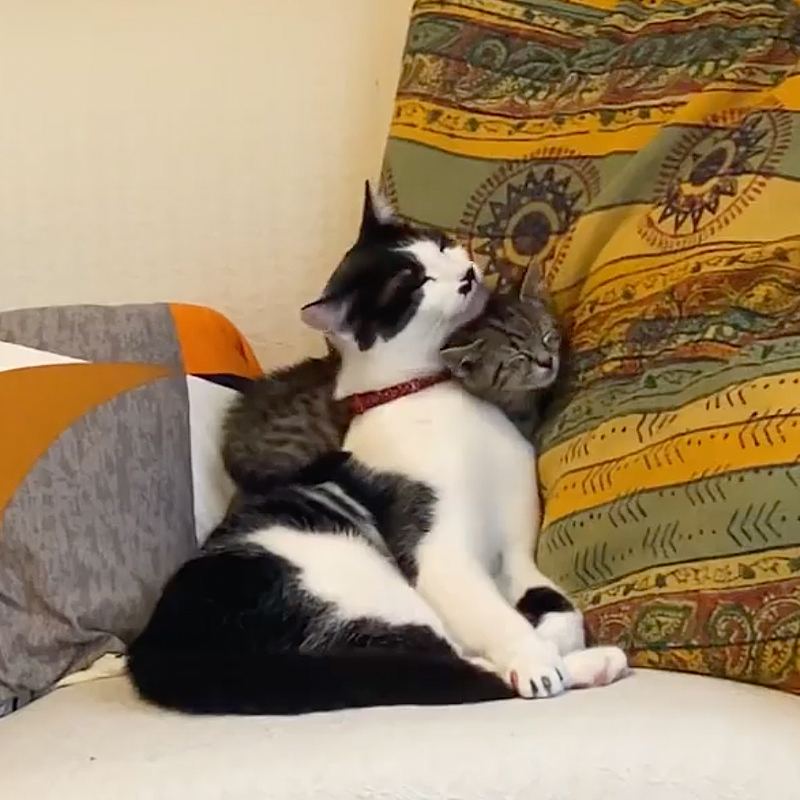 As you can see below, these two cats love each other dearly. Well, most of the time!

“We feel so grateful to have these two. They are a joy,” they shared.

Coco is now a little older and about as big as her brother. Looks like they can play and roughhouse a little harder together! But they also still cuddle together just like they used to. 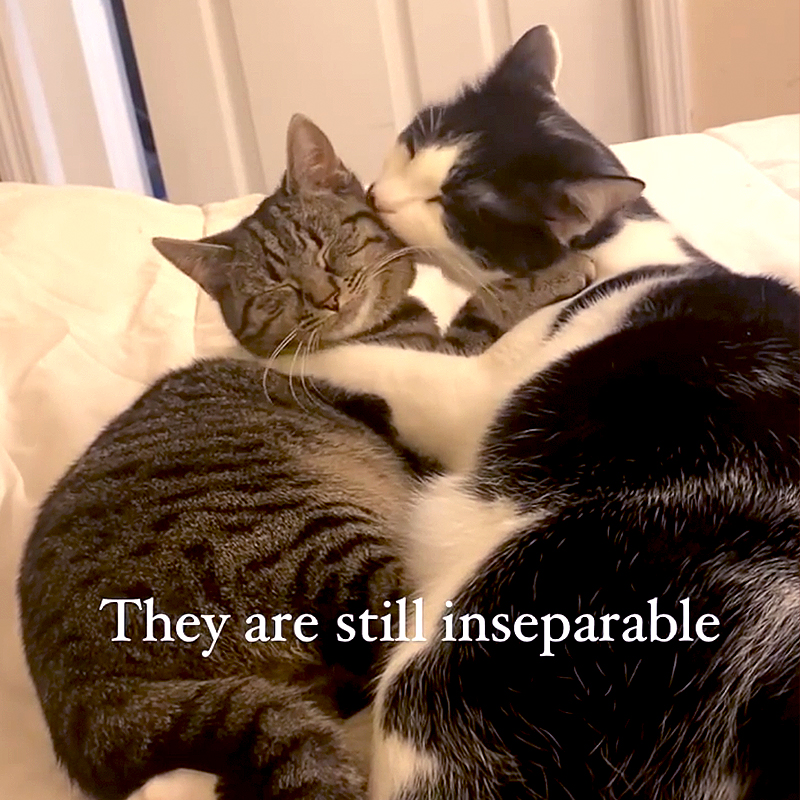