Musya, or Muska the cat, became a sensation at the Sadgorod Zoo in southeastern Russia. On the zoo’s Instagram page, she is seen nursing a littler of hoglets, the name for baby hedgehogs. Due to her strong maternal instinct, she cared for them as her own. Amazingly, Musya didn’t mind that these “kittens” were covered in little spiky quills.

But how did Musya become a mother to hedgehogs? One day, someone brought the zoo a litter of eight tiny hoglets. Unfortunately, their mother had likely been killed in a lawnmower accident, but the babies survived. However, they were tiny and still blind, requiring their mother’s milk.

Now, the zookeepers had to find a way to take care of the babies, but they were so small. Unfortunately, the hedgehogs refused milk from a bottle, saucer, or syringe.

According to the zoo’s Instagram, Musya happened to be in the room and saw the hoglets. (Translation via Google)

“We thought what to do, how to feed them so many little ones, and at that moment Musya passed by, it became interesting to her to look at the new residents. And after some time, her maternal instinct woke up. We knew that this happens, but to be honest, we were very surprised at this. Musya is sterilized, but milk has appeared,” states the zoo’s Instagram.

According to the BBC, Musya had recently raised a litter of foster kittens. Therefore, she had milk to offer, and the zookeepers decided to see if she would raise the hoglets. And she obliged, raising them as if they were her kittens for over a week! At night, she kept them warm.

In the pictures below, you can see that Musya is incredibly patient as the hoglets crawl everywhere. 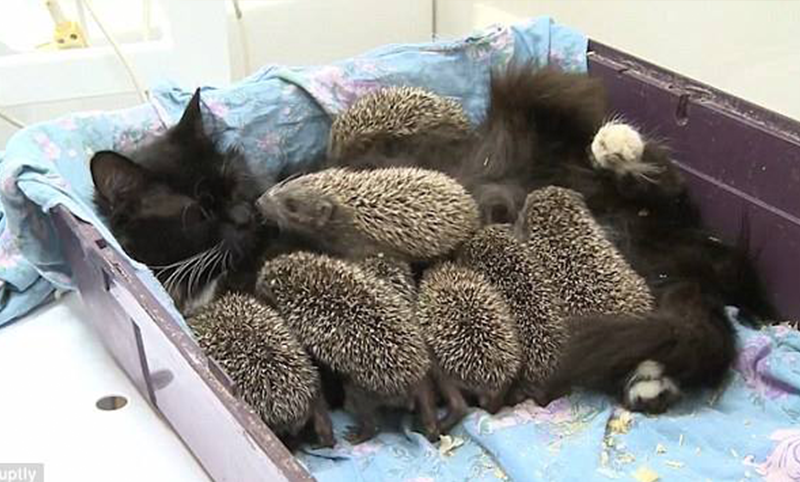 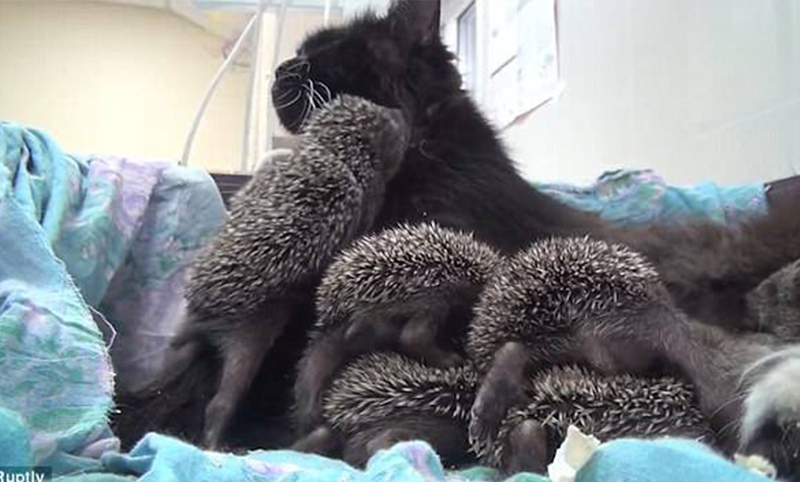 Possibly, the zoo got the idea for the odd pairing from Sonya, a Russian cat that had raised four hedgehogs in 2012. After people saw the images of Musya, she became a star. She even appeared on popular shows on Russian TV, becoming known as “Musya, the famous Mother of Hedgehogs,” long after “Game of Thrones,” and the Mother of Dragons.

Visitors to the zoo were encouraged to pet her and say, “Musya, beauty.”

Soon, the hedgehogs were able to feed on their own. As you can imagine, visitors to the zoo wanted to see them, and they enjoyed a natural enclose with plantings and a hedgehog lair, caves made just for them.

Below, you can see the hoglets in their zoo enclosure. Today, hedgehogs remain a popular subject as people continue to bring orphaned hoglets to the zoo regularly.

“These are the well-fed adults who have already become the “children” of the hedgehog’s mother – Musya’s cats.”

In another scene we see: 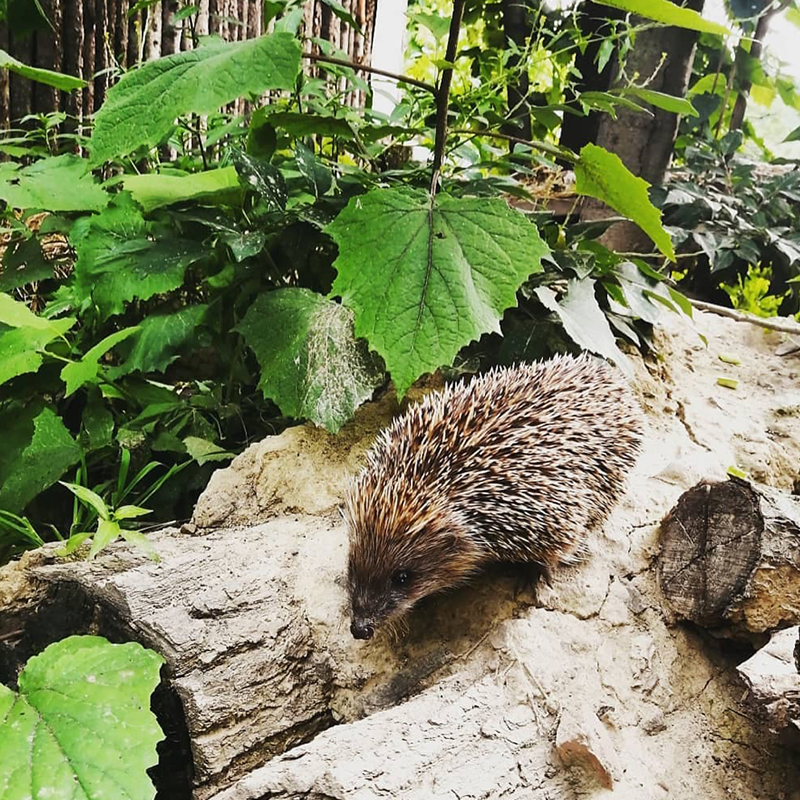 Sometimes, they say, Musya checks in on her babies. Visitors to the zoo can even sit with them in their enclosure.

“You can also meet Musya there, sometimes. She comes to visit her “children” can sit with them in the aviary. 😁”

Online, the legend of Musya, Mother of Hedgehogs, took off. Now, there are many dramatic tellings, and it’s like the story became one of folklore or legend.

See a dramatic tale about Musya from HappyWorld:

Although the story of Musya was incredible, another interspecies cat adoption soon made Russian headlines. This time, Rosinka the cat adopted a newborn squirrel monkey. At a zoo in Siberia, there was a three-week-old monkey abandoned by its mother. So, the zoo director, Tatyana Antropova, took the baby home to save it, naming him Fyodor. There, the 16-year-old cat, Rosinka, began allowing Fyodor to cling to her for warmth. When not riding on the cat, Antropova fed the monkey with a bottle.

Fortunately, Rosinka’s maternal instincts kicked in, though she had never had kittens. However, raising a monkey had its challenges. Sometimes, Fyodor could get naughty with his adopted feline momma. So, Antropova planned to return Fyodor to the zoo as soon as possible.

See the odd couple below from AP News: