Beth Stern has had some incredibly cute foster furbabies, but Cocomelon and Jessica Rabbit might take the cake. An adorable rescued kitten and a floppy-eared brown rabbit are besties at the Stern home. It’s like a fairy tale has come alive!

Stern once said that Cocomelon “could be the sweetest kitten” she’s fostered. And Jessica Rabbit has quickly endeared herself to the Stern family.

When Stern took in Jessica in late July, the bunny was Roger Rabbit until they discovered her gender. As sometimes sadly happens to pet bunnies, someone let her go free outdoors. But having been a pet, she would have perished quickly. Fortunately, a kind woman saved the bunny, and she found her way to Beth. That’s one lucky rabbit.

Caring for a bunny was a new experience for Stern, and she learned there’s a lot to learn about their care. Soon there were lots of leafy green munching on Stern’s Instagram, and everyone was delighted to see what Jessica would do next. Also, it was oddly satisfying to watch Jessica munching on those crisp greens.

A vet trip showed that the bunny needed to be spayed. Once she was, she used a litter box dependably. Sadly, it might be why her previous family abandoned her. If they knew, perhaps they wouldn’t have done so.

Now, Jessica has her own room and a hutch with open doors. So she could explore. The rabbit would hop around Stern’s feet every morning, and she proved highly affectionate and intelligent.

In mid-August, Stern rescued Cocomelon. At the time, the grey kitten was very sick. Cocomelon came from a breeder who was about to have her euthanized. She had a badly deformed leg, bladder, and eye infections. Thanks to Stern, Cocomelon got all the extensive medical care she needed. The rescuer shared how the kitten came from an irresponsible breeder. It was much like her other rescued cat, Helen Rose, who looks very similar. Stories like these are important because it shows how breeders can sometimes cause great suffering for cats. Why Irresponsible Breeding Must Stop

“Cocomelon is sadly the product of irresponsible breeding. Her breeder needed to find a “rescue” to take her because she wasn’t in proper condition to be sold. She has a deformed back leg that is causing her discomfort and limiting her mobility that will need to be amputated when she’s a bit older. (She’s only 2.5 pounds and 9.5 weeks old.) She also has a horrible upper respiratory infection I’m trying to resolve with antibiotics. She is the sweetest little pumpkin. She’s a British Shorthair like my Helen who was also a product of irresponsible breeding. This truly breaks my heart because I’m quite certain that breeder will continue to breed more Cocomelons who will need to be rescued again and again. Grogu was also victim of irresponsible breeding. I can bet my life that his breeder is continuing to breed kittens with heart defects who will also end up dying at a young age like my little boy. Please stop.” Fortunately, Cocomelon’s health improved with all the daily care. Stern had to help her express her bladder to urinate five times a day, and the kitten needed numerous medications and eye drops. Her leg may also require amputation one day.

Stern expected the kitten would continue to need her bladder expressed into adulthood, an easy process. Then, unexpectedly, the kitten began doing it on her own one day, a tiny miracle after six weeks. Sadly, a specialist determined that Coco was injured as a kitten, causing her leg injury and health issues. The Adventures of Cocomelon and Jessica Rabbit

By late August, Cocomelon was doing much better, and that’s when she met her new best friend, Jessica. The kitten was enthralled with the bunny.

“She stays close to me overnight and then in the mornings I bring her to Jessica’s room.🐰🍈💗,” Stern said.

Coco has been spending so much time with Jessica that she has taken on some rabbit habits. As you can see, these two share a very special bond. As cute as they are together, everyone hoped Coco and Jessica would be together furever. Then, Howard Stern announced the bunny would be a permanent part of the family.

“Beth and I are in love … we named her Jessica Rabbit,” he said. “She is delightful, just watching her eat is endlessly entertaining … She eats lettuce and kale, she eats a lot like you, Robin,” he told his co-host.

Then he said Beth told him, “I can’t part with the rabbit; I just can’t. Nobody can be as good to the rabbit as we are.”

Of course, it remains to be seen if Coco and Jessica will remain together furever. But when you see scenes like the one below, it seems like the fairytale may come true. Not to mention, in the latest post, it seems that Coco thinks she is a rabbit now. 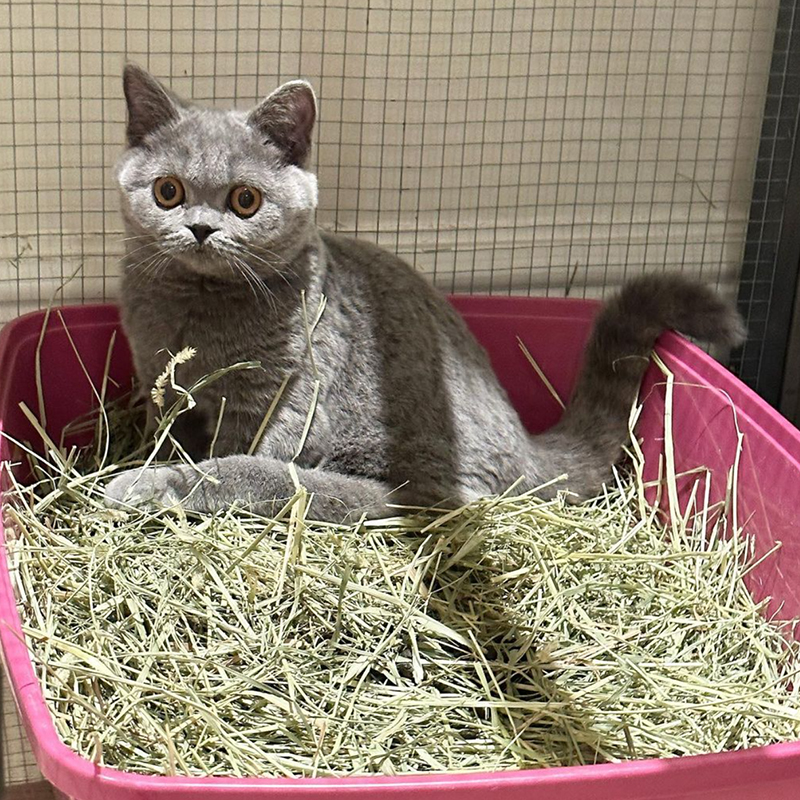