One morning, Buster, the Junkyard cat, decided he would adopt Ray, showing up at Ray’s car shop in Grove City, OH. There at the back door, Buster was sitting there waiting and walked right up as if he had always been there. Maybe, Buster knew somehow that Ray loved cats as he cared for rescued cats at home? Did word get around?

“He acted like he’d been with us forever,” Ray says in a video by The Dodo. (see below) After making Buster the official Junkyard cat, Ray took in the cat’s brothers, Chester and Gizzy and sister Maggie May. All were rescued from the junkyard and surroundings, except for the floofy Maine Coones.

Right away, Buster became one of the crew and began greeting customers. Sometimes, he prefers to take them by surprise or give them “drive-by kisses.” It’s just one of many hats the cat wears at the junkyard.

Of all the customers, Abdul is one of his favorites who he sees every day.

Out in the yard, he sometimes gets in customers’ cars, a habit Ray tries to break. Other times, he’s hiding “ninja-like” in the junk, ready to jump out at any second on the “Buster cam.” 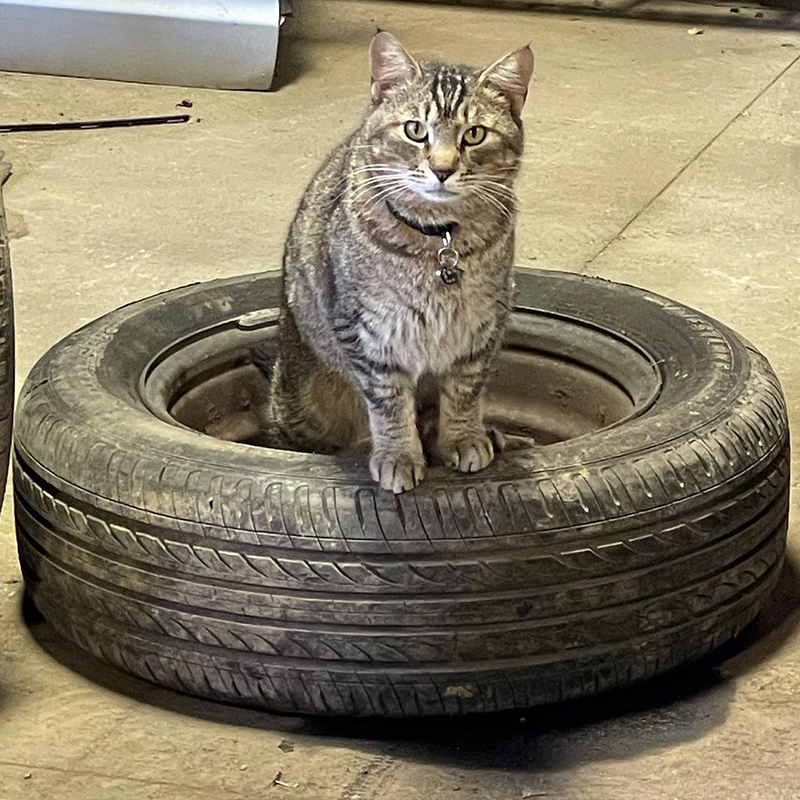 It wasn’t long before Buster became the boss at the junkyard. Every morning, he usually goes out to “check things out” in the junkyard with Ray. At night he’s up all night “doing security,” but accompanies Ray for a perimeter check in the mornings too.

Although he has a cat tree and a cozy house, Buster tends to hang out sleeping on top of the candy machine right in front of an American flag and a US Postal Service mailbox. He’s a living part of Americana and fits right in. 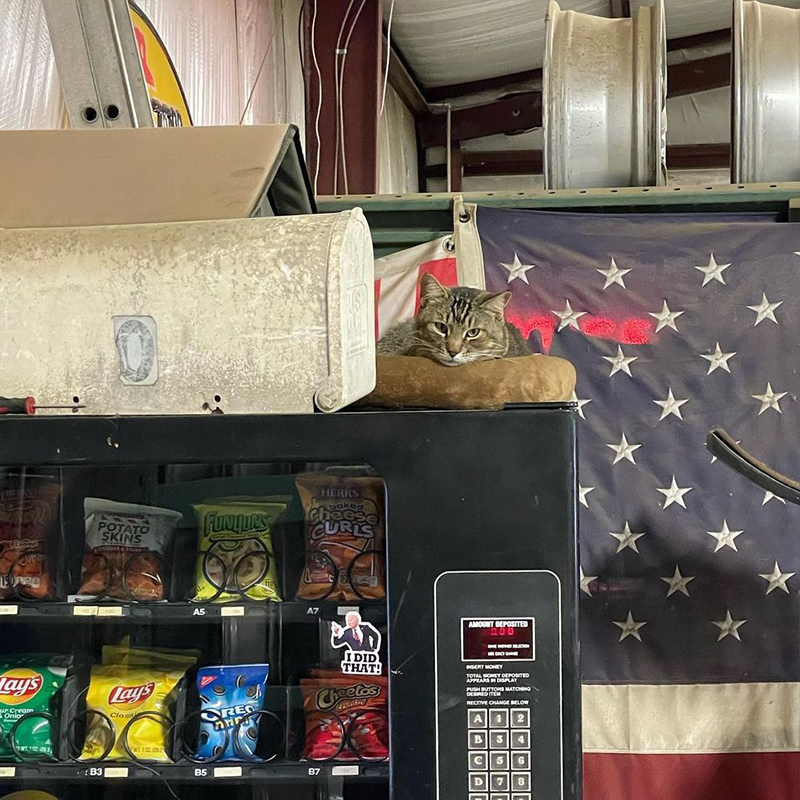 Other times, he sits like a meditating Buddha on top of the printer machine. However, he “knows he’s not supposed to mess with the printer.”

“Buster was trying to sleep standing up on top of the printer. He was there for like 20 minutes 😺” 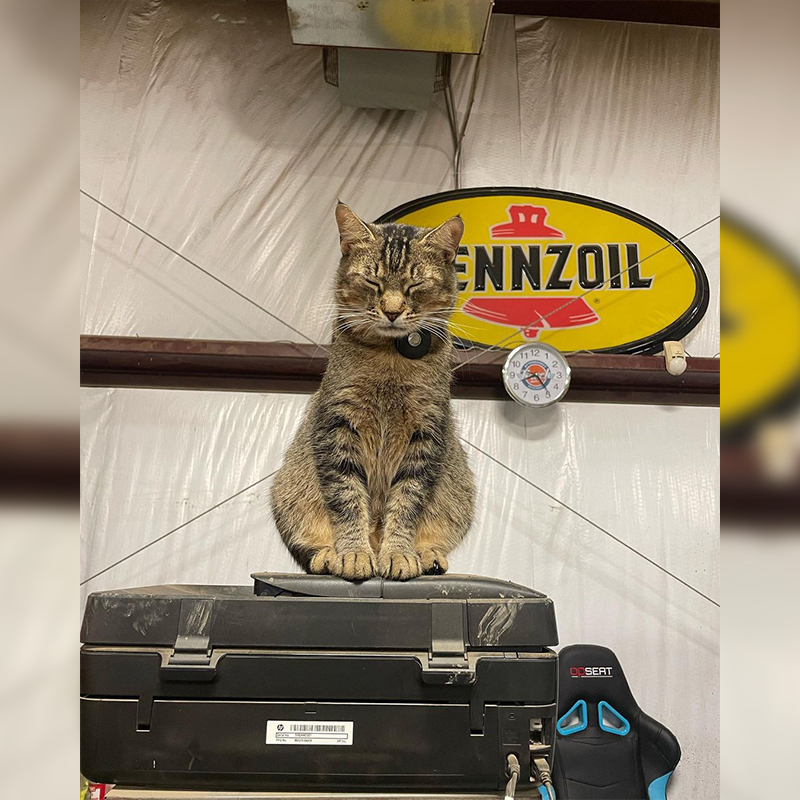 Sometimes, Ray would get questions about how Buster became the official King of the junkyard jungle.

“I like to tell people when they ask, ‘Where did he come from?’ I think he just came from above,” Ray said. “He was a gift.” 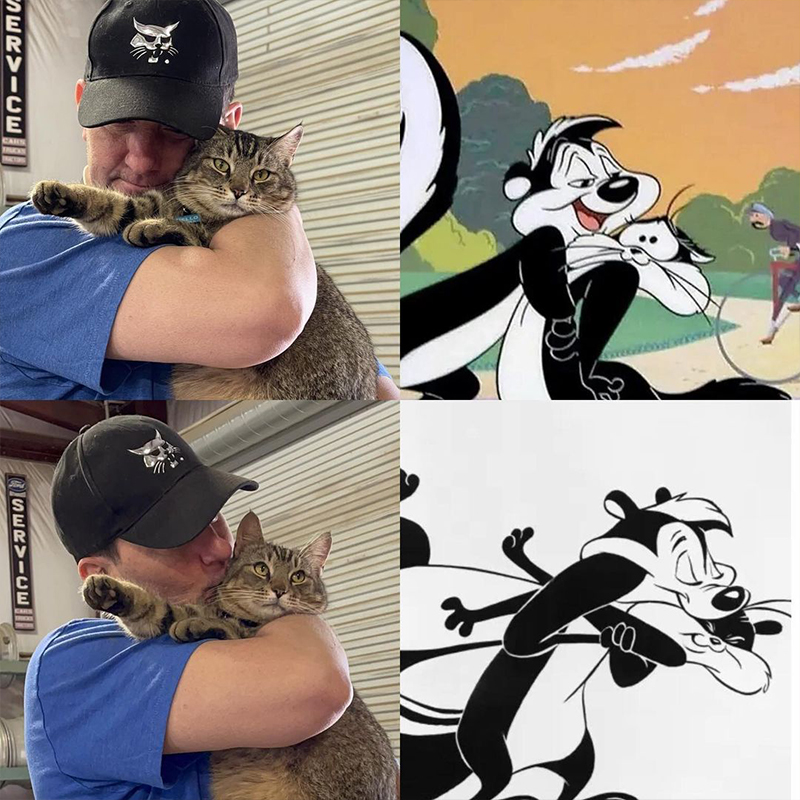 On weekends, Buster takes trips home, but then he reports back to work with Ray and loves taking the ride in the car.

On Instagram and TikTok, Buster the Junkyard Cat has many thousands of followers and gets fan mail. Who wouldn’t want to visit this junkyard to see Buster? As with many office and Bodega cats, they can make many workplaces feel less stressful, more inviting, productive, and overall happier places to be.