A kitten from Turkey named Midas, AKA X-24, came into the world with four ears due to a rare genetic mutation. Two extra-large ear flaps are right in front of two average-sized ears, and she hears purrfectly…with them all! (More on how she got her unique name below.) Some say she’s like a Pokémon or fairy cat, but really, she’s just like any other playful kitty with a little something extra.

“She is a very playful cat. But very friendly as well. She sleeps all day and is awake all night,” her mom Canis Dosemeci said.

Dosemeci hopes that her story will raise awareness and encourage people to adopt cats.

You can see Dosemeci and Midas in the video by Reuters below:

Midas can move all four ears when she’s listening closely. A vet determined each ear is functional, and she has to take a little more time to clean them all. The flaps aren’t usually connected to the ear canal in other cats with similar ears. For instance, we shared the story of Frankenkitten, who has two non-functional ear flaps called the pinna.

Born with Six Siblings in a Backyard

She and her six siblings came into the world, born to an alley cat in Ankara, Turkey, on July 14, 2021. It was a chilly day during an otherwise hot summer.

According to Yahoo!, the kittens were born in a friend’s backyard. Many popular videos are going around about her being adopted from a shelter after nobody wanted her at 4 months old. 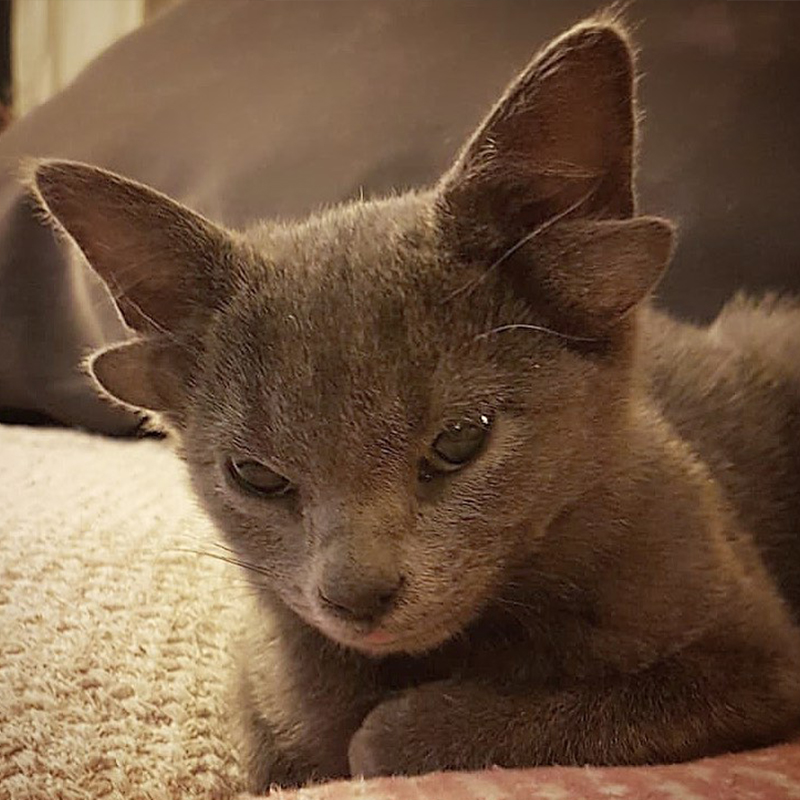 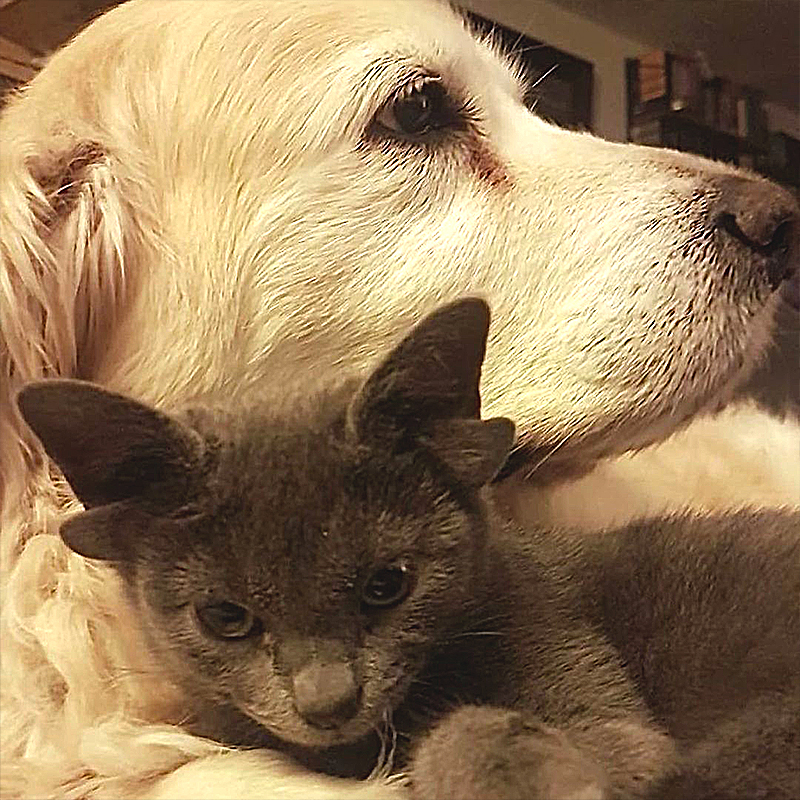 The kitten is often seen licking, playing, and cuddling the pups. In her new home, the kitten thrived and grew rapidly. She’s always so alert and adorable in the pictures shared on her popular page on Instagram. Where Does Midas X-24 Get Her Name?

The name Midas comes from a mythological king of Phrygia who was cursed with donkey ears. But she has a second name, X-24, which is a nod to the Marvel film X-23. Dosemeci says she worked in graphic design for the production about the mutant daughter of Wolverine.

“Comfortably lying on my favorite book X23 (which i am named after).” The resident Cat Dad is also a big fan of the little one and is often seen with her. 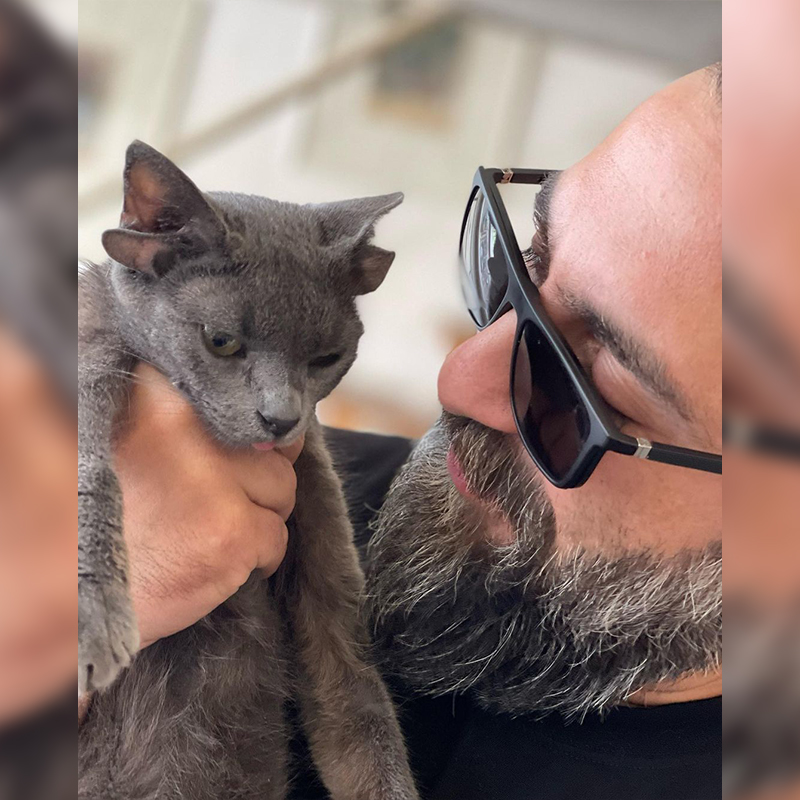 Midas has a white heart-shaped marking on her belly, as if she wasn’t cute enough. 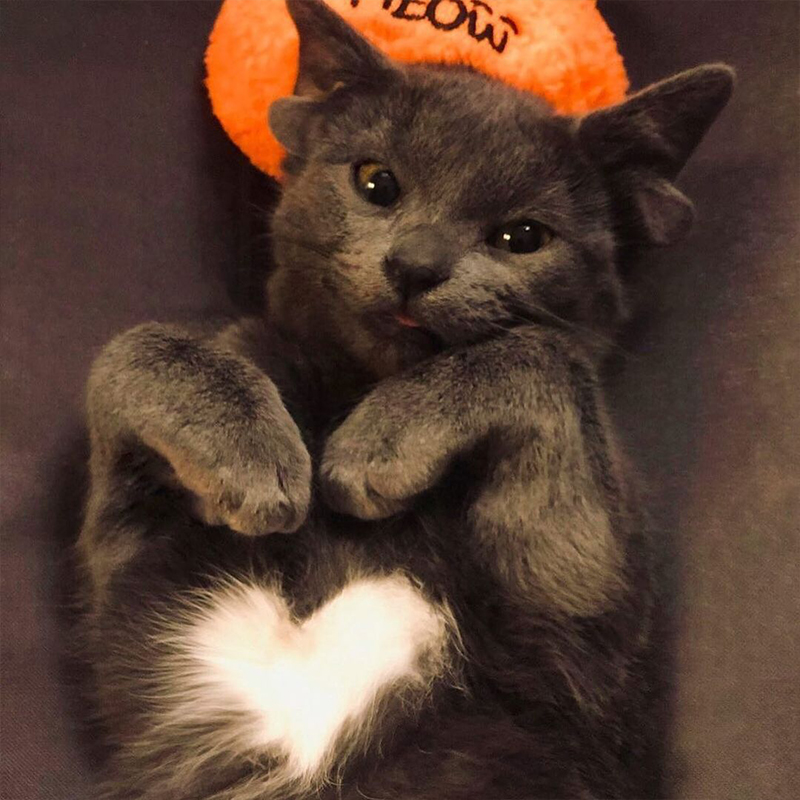 “Such a sweetheart beautiful ears and white heart patch on tummy! 😻😻😻”

Tongue Out Tuesday, and Wednesday, and…

Very often, Midas has a tongue blep which is so adorable. Due to her genetic mutation, she has a jaw defect but has veterinary care to keep an eye on her health. 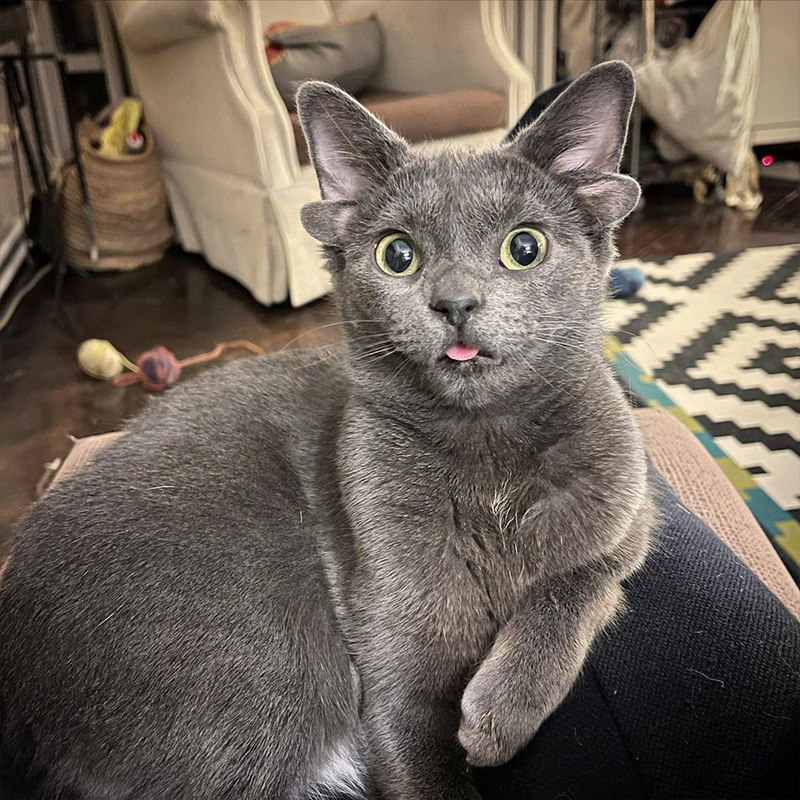 As you can see, she’s grown into such a stunning cat. She may be different, but “beauty is in the ears of the beholder,” according to Midas’ favorite proverb.