Wonk Cat is a fluffy black and white feral cat who became a beloved unofficial mascot for American University in D.C. Every day, “the Wonk Cat” offered a bit of stress therapy for students, who often miss their pets from home. Notably, the cat’s name came from a university campaign called WONK, first started in 2010.

Wonk spelled backward is “know,” thus it represents knowing your field of study forward and backward. For around four years, Wonk Cat has been a well-known fixture on campus. In 2019, the cat was named the People’s Choice winner for Washingtonian’s Cutest Cat 2019.

It's official! @WonkCat won the most votes and was named the People's Choice winner in @Washingtonian's Cutest Cat Contest 2019!! A true feline legend. pic.twitter.com/9FEJyIRV8C

Notably, Wonk made news in the Washington Post after appearing in a “WonkCatUmentary” and being named in tweets from the university president.

In the film, the students investigated where the cat came from and if they should keep the cat on campus. Overwhelmingly, the students loved their campus kitty, rallying to create an insulated shelter.

Although feral, the grounds operations manager, Stephanie DeStefano, and other volunteers looked out for her, including taking the cat for veterinary care. Also, people regularly donated food and treats. One day, the sometimes grumpy kitty showed up and chose the campus. DeStefano’s first sign was seeing little piles of cat food, which students began leaving for the Wonk.

“She just showed up on campus,” DeStefano said. “I didn’t go get her. It’s unknown where she came from.”

Although generally referred to as a female, Wonk’s gender is technically unclear.

“I have no idea where she came from. Or, actually, if it’s a she or a he,” DeStefano said.

Due to a clipped left ear, they knew Wonk had once been part of a TNR program. Thus, the cat had been sterilized at some point, vaccinated, and wouldn’t have kittens requiring rescue. However, as a feral cat, being trapped indoors would be unacceptable and scary.

On-campus, the Wonk Cat had a little blue mansion to dwell in, replaced once due to rotten wood. Daily, people would visit the cute little house to see if she was home. If so, they would offer her treats and see if she was in the mood to be petted. Since the dwelling was located at an active part of campus, the kitty received regular visitors. 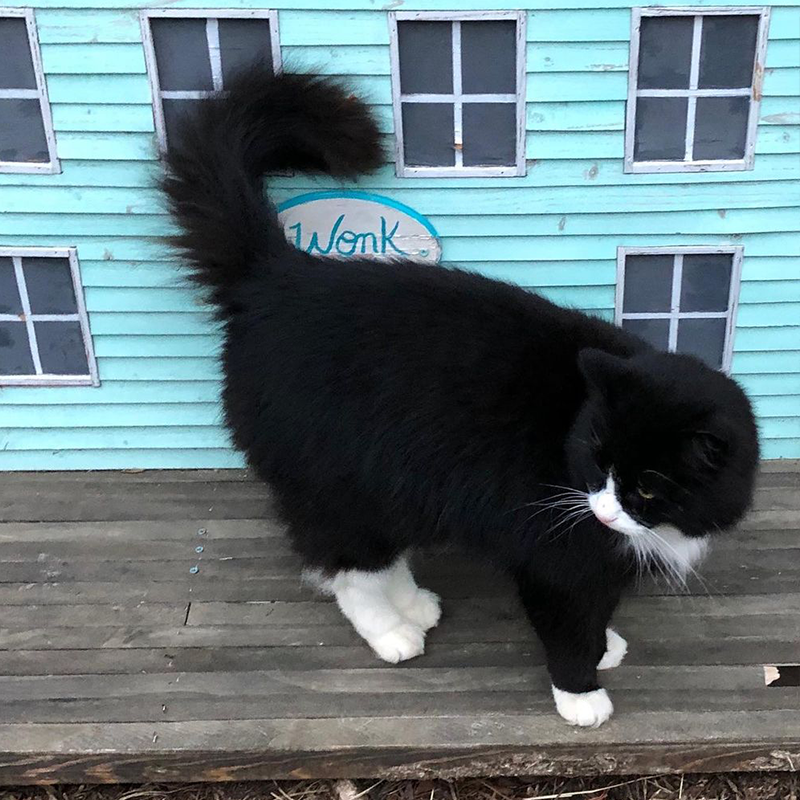 In April 2020, Wonk Cat was lonely when the students left due to coronavirus. However, the groundskeepers were still looking after the cat as usual. Rather than being alone, Wonk received regular vet checkups and meals.

Also, the student in charge of the official Instagram account stopped by to give some love and attention regularly. Nevertheless, spring turned to fall, and Wonk was still a bit lonely. 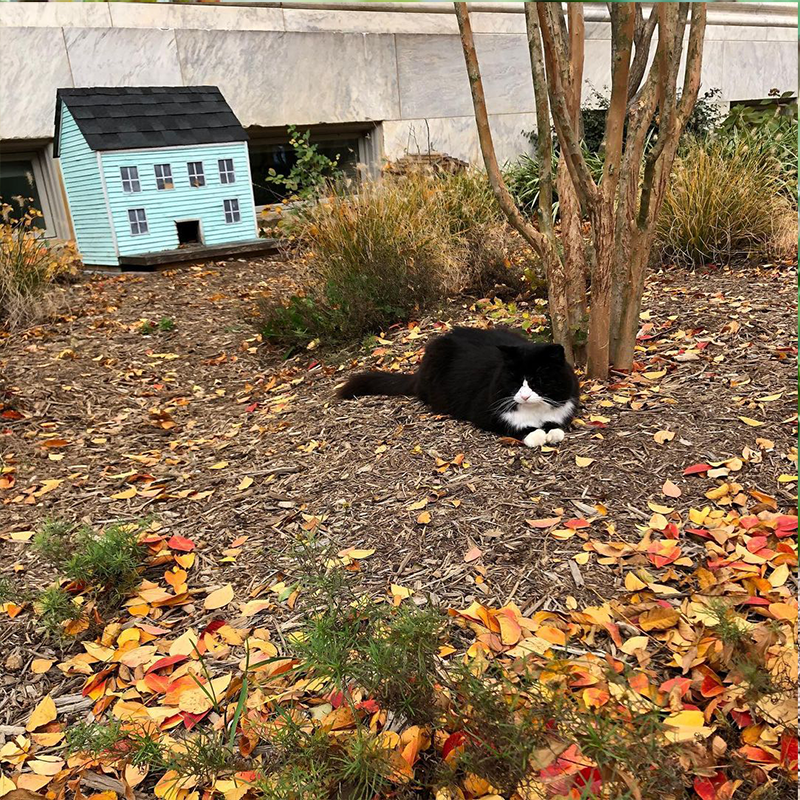 Eventually, the students returned, and Wonk was a welcome presence after a trying year. Now very popular, the cat had more than enough treats and interaction.

Then, in late August of 2021, the kitty disappeared from campus. Someone last spotted Wonk near a restaurant in the area, and students went to look. However, today the cat’s whereabouts remain unknown.

In response, someone alerted the local Animal Control and Humane Society to be on the lookout. As of this writing, Wonk remains missing as fans share a #bringwonkhome hashtag hoping to find her. In 2018, the Wonk disappeared for a brief time, according to The Post. However, the cat soon turned up again. So, we hope this unofficial campus mascot will do it again. Perhaps, the popular cat wanted a break but may soon crave a return to university days again.