What You Don’t Know About Ticks Could Harm Your Cat

Most of us probably prefer not to think about ticks but when we do it’s likely we associate them with dogs. After all, our dogs spend lots of time outdoors where they might come in contact with ticks. But we generally don’t think of cats getting ticks, even though they can and do get them if they also spend time outside. And just as in dogs, they can cause some nasty diseases in cats. But here’s another unpleasant thought: while tick season is ending in the U.S., countries with tropical and sub-tropical climates have no such relief. As someone who lives in Costa Rica, I can tell you that we have to be vigilant about keeping pulgas (fleas) and garrapatas (ticks) under control. All but one of our cats are indoors but the pooches go in and out, so we have to be on our toes.

Ticks Can And Do Infect Cats With Dangerous Diseases Some folks have some odd misconceptions about ticks — that they jump or fall from trees — but that’s not something they are able to do, notes the Irish Mirror. Instead, they attach themselves when your dog, cat, or you walk through tall grass or bushes. It’s a good idea when your pet comes inside to run your hands through their fur. Ticks often prefer to attach themselves to areas around the head, ears, neck, and feet.

Dogs generally get most of the press when it comes to ticks, but if your cat goes outside it more than likely encounters ticks and these parasites really do carry some nasty diseases. Here are a few you should be aware of as provided by Pet Basics:

Talk to Your Vet

If your cat shows any of these symptoms take her to your vet immediately. A cat can survive with treatment, but even with the most aggressive veterinary care, Bobcat fever is usually fatal within the first week after symptoms occur. But there’s even worse news: Bobcat Fever is on the rise in the southern U.S. Fortunately, Jackson, the Oklahoma kitty in the photo below survived but cases like his are rare. Image via Facebook: “Fluffy, a Maine coon cat tested positive for Lyme after several embedded deer ticks. Experts say cats can be infected, Lyme is uncommon in cats and they are less likely than dogs to show any symptoms.” Ticks can be difficult to remove and potentially cause further harm to your cat. These little ectoparasites embed their barbed mouthparts into a cat’s skin. If they aren’t removed properly, an infection can result. The same can happen if fluids squeezed from the tick wind up on your cat’s skin (can I say Ewwww again?) Many sites suggest do-it-yourself ways to do this but I’m adding a caveat here: It’s probably a good idea to have your vet do it as soon as possible for two simple reasons: Your vet isn’t going to make a mistake while removing the tick, and it’s really a good idea to have your cat tested for these diseases. 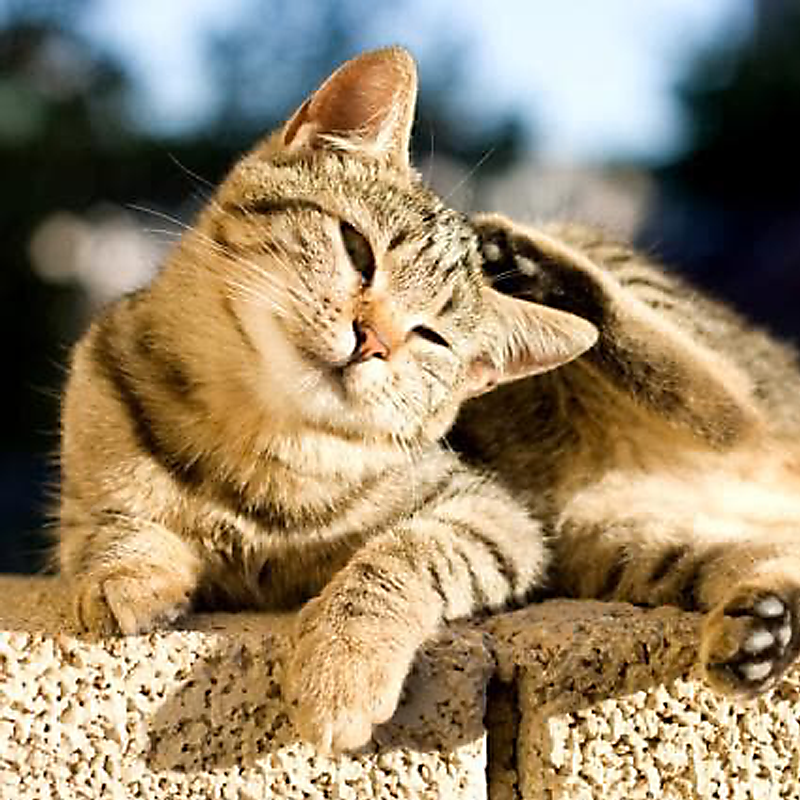 But there’s another good reason to bring your kitty in: tick disease symptoms can indicate your cat has other underlying health problems.

Fortunately for us and our feline friends, there are easy-to-apply products that can offer protection against these mini-vampires. Pet Basics recommends those that repel and kill ticks on contact. Obviously, if the critter is repelled it won’t bite and spread disease. You might be tempted not to use these products if your cat is indoors-only but there can still be risks, especially if you have a dog since they obviously need access to the outside.

Your vet can recommend the safest products for your cat, but I’m also including this link which provides a good overview of the products.