How to Help a Feral Cat Adjust to Being Indoors

Many people think cats are better off living outside, but between traffic, diseases, aggressive animals, and poisonous substances, cats who stay indoors live much longer than those who stay outside. However, transitioning a cat who has spent most of its life outside isn’t always easy. When you want to help a feral cat adjust to living inside, the following tips can help.

Put Together a Dedicated Room Before you bring a feral cat indoors, it’s important to have a room set up exclusively for the cat. You’ll want to include all the amenities the cat will need, including food, water, a litter box, scratching posts, and a few toys. Make sure you keep the food and litter box on opposite sides of the room from each other. While you want to keep this room quiet and just for the cat at first, you also want to spend time there every day to help the cat get used to your presence, even if you simply read out loud or talk on the phone.

Use Food to Gain Trust Cats first domesticated themselves because it gave them a steady and secure source of food. Therefore, it helps to use food to get your cat to trust you. Stick to a regular feeding schedule so that your cat associates you with daily feedings.

In the beginning, you might need to leave the room so your cat will eat. Once your cat feels comfortable eating in your presence, stay in the room during mealtime. However, don’t interfere or try to initiate contact. This is simply a time to let the cat know it is safe around you. Cats are skittish by nature, so you need to let them approach you when they feel comfortable. If you want to encourage contact, try putting some gravy on the tip of your finger and letting your cat lick it off. This helps create a positive association with you. When you’re ready to try petting, start by looking away and extending a closed fist. Let your cat come to you and be the first to initiate any contact it feels comfortable with.

Train to Use a Litter Box 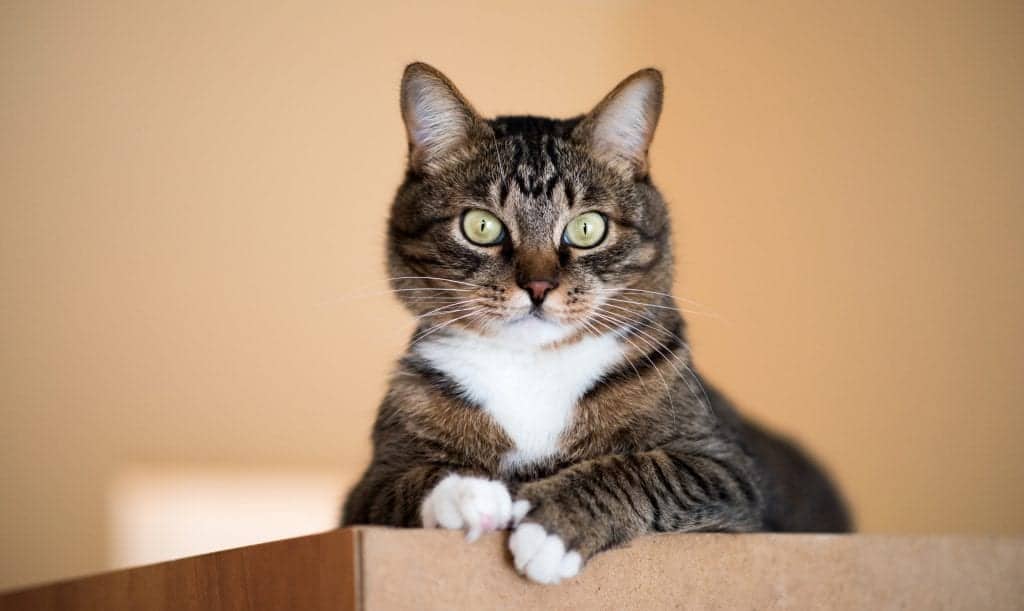 Even if your feral cat has never used a litter box before, you can train it on what to do. You might need to start by keeping your cat in a smaller enclosed area to encourage litter box use. When your cat uses the litter box, offer a treat as a reward. With more frequent litter box use, you can begin to expand its area. A cat who has spent the majority of its life outside won’t immediately transition to being an inside cat. This means you’ll have to exercise a lot of patience and move slowly. While the entire process might take longer than you were hoping, by not overwhelming your cat, you can have a smooth transition.

By following these tips and tricks, you can help a feral cat become comfortable living indoors and being a member of the family. Related Story: Importance Differences Between Stray And Feral Cats–And How You Can Help!